A task force in the Kumasi metropolis of the Ashanti Region has closed down three cold stores at the Asafo market for selling frozen meat suspected to be unwholesome to the public. 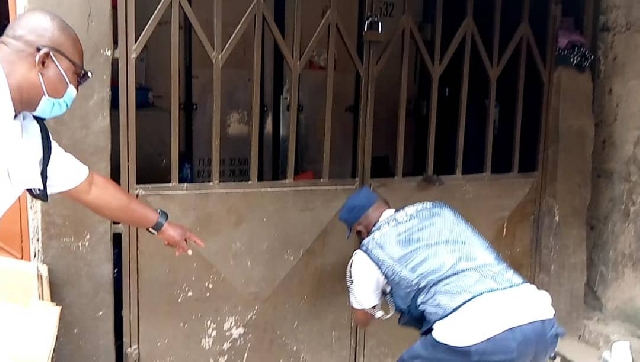 The taskforce, which included officials from the Food and Drugs Authority (FDA), Environmental Health Officers and Veterinary Officers, locked up the shops on Wednesday, 26 August 2020, following intelligence they received 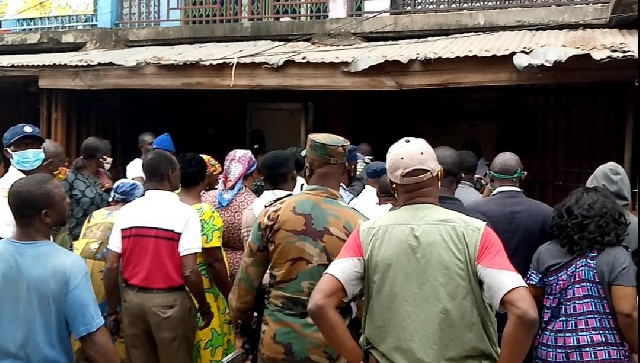 Speaking to Kumasi FM’s Elisha Adarkwah, the officer in charge of the Food and Hygiene Department at the Kumasi Metropolitan Assembly (KMA), Alhaji Adam Sumaila, noted that the exercise was carried out after reports were received from some persons.

He indicated that upon arrival at the market, he purchased frozen meat that would normally have cost between GHS120 and GHS 150, for just GHS60, which got him suspicious.

Alhaji Sumaila said: “Since last week, I had calls from Asiwa that people over there come here to buy unwholesome chicken, and they’ve arrested them”.

“Apparently, they called; I was trying to investigate to know where they bought the goods, but it looked like the information was very scanty. This morning, we came very early, and we had three stores. I bought one of the fish.

“If you come here to buy the fish, the wholesome one is GHS110 going up to GHS150. But this one [pointing to the fish he bought], in particular, is GHS60.

“So, when we came, I gave out GHS60 and I was able to buy one from a store here.

“Quickly, when she saw us, she started running away, she now realised there was a problem, so, quickly, I made the officers to lock them up while I invited my other colleagues from the Food and Drugs Board and the Veterinary Services and the media”, he narrated.

Alhaji Sumaila, however, assured the general public that the FDA will take samples of the frozen meat to test to find out whether or not they are unwholesome.

“…Our mothers and the chop bar owners or those in the hospitality industry, please if you go into the market and you want to buy goods, buy wholesome goods, don’t look for cheaper goods to buy. If you buy cheaper goods and you’re caught, you can be imprisoned, you can be fined, because you need to face the act as it is and all the Food and Drugs laws and the Public Act, you’ll face it as it is squarely.”

“We advise that don’t go in for goods that you think are cheaper for you to make more money. The health of the public is very paramount to us.”

Meanwhile, a cold store operator at the market, Linda Adu, denied claims that the meat stock is unwholesome.

She told Kumasi FM that: “This morning, I’m angry. What I know is: when meat is unwholesome, the FDA prompts everybody; there has been no information indicating these goods are unwholesome. I was here this morning when one of the KMA officials, who was accompanied by a taskforce or police, whatever, and they were coming to take my goods away”.

She added: “Their reason was that the goods are unwholesome. I refused, telling them it isn’t theirs. If the goods are really unwholesome, why can’t they notify the general public, so, you can’t sell, you can’t buy. When I look at the date, it doesn’t show it is expired, so, do they have to lock the cold store? They have to pay me for locking the cold store because I don’t understand.”  Latest News In Ghana. Click Here To Read Our Latest News Stories

Man stabbed to death while filming a music video [Photos]

Ablakwa suggests he has not taken $100K car loan facility