Four persons have reportedly been arrested for their alleged involvements in an attack on a police station in the Volta Region.

Security sources say they arrested today at Ajasikan through a joint operation by the Ghana navy and police team.

The four are said to have played several roles in the attack on Aveyime police station.

Sources say one of them is named kpexo Besah aged 28 years. He is said to be a farmer and reported to have led the security team to about 2km from the village to his farm where they retrieved 3 single barrel and 1 AK47 rifle with 14 rounds of 7.62*39mm ammunition. 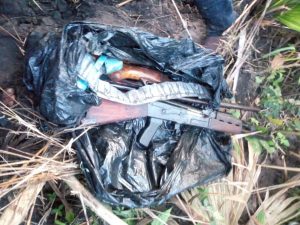