Ghanaian Afrobeats and highlife singer Sowa has showered praises on the self-acclaimed Dancehall King in Africa Shatta Wale, after recording one of his greatest achievements in his career as a musician.

It is the dream of every individual to attain the highest feat in his or her endeavor and especially for musicians, it becomes a dream come true when the one you idolize from afar becomes the same person you roll with.

This is the case of the Ghanaian reggae and dancehall musician Shatta Wale.

Shatta Wale has been the talk of the town in recent times after the news of his unprecedented collaboration with American Rnb and Pop singer Beyonce hit the internet and traditional media.

Following this exciting moments, a lot of Ghanaian celebrities have thrown in their congratulatory messages to Shatta Wale including top musicians in country like such as Sarkodie, M.anifest, Stonebwoy, Samini, Kwaw Kese, Kojo Cue, Guru, Criss Waddle and many more.

The latest to join in the celebration of this historic feature is Dansoman-based songwriter and performer Sowa.

Otherwise known as Constantine Sowah, the budding musician admonished the efforts Shatta Wale has put into his craft over the years which has paid off in his life today.

Sowa took to social media to pen down a heartfelt message to the ‘Melissa’ hitmaker.

Sighted on his Twitter page, Sowa used a scriptural verse in the Bible according to Psalm 118:22 to express what he feels about Shatta Wale’s status in life.

The quotation reveals that the stone the builders rejected has become the chief cornerstone.

Sowa’s biblical comments comes on the back of many Ghanaians who labelled Shatta Wale as a local champion with some who trolled him for only making hits in Ghana and not going beyond the borders of the country unlike his colleagues.

READ  Video: The Moment Patapaa Passionately Kissed His Girlfriend Will Get You Laughing

He again stated that despite Shatta Wale’s status in the music industry, he is now a world product international brands want to associate with.

It is said that a king is not celebrated in his town and that seems to be the case of Shatta Wale and according to the ‘Nagode’ hitmaker, the likes of Beyonce know who Shatta Wale is hence the reason for choosing him for her new album ‘The Lion King; The Gifted.

“@shattawalegh the stone the builders rejected has now become de Chief cornerstone..De Local champion now an international commodity. They know who u are so they came for u.. I’m proud of you.. Dis achievement has taught me somtin in lyf… SM to da world #Forbetterforworse” he tweeted.

Sowa is currently promoting his new song “For Better For Worse” produced by award-winning music producer Shotto Blinqz and is not signed to any record label.

‘For Better for Worse’ is available on all music stores worldwide.

Here are visuals to his new song directed by KB Pictures.

@shattawalegh the stone the builders rejected has now become de Chief cornerstone..De Local champion now an international commodity. They know who u are so they came for u.. I’m proud of you.. Dis achievement has taught me somtin in lyf… SM to da world #Forbetterforworse 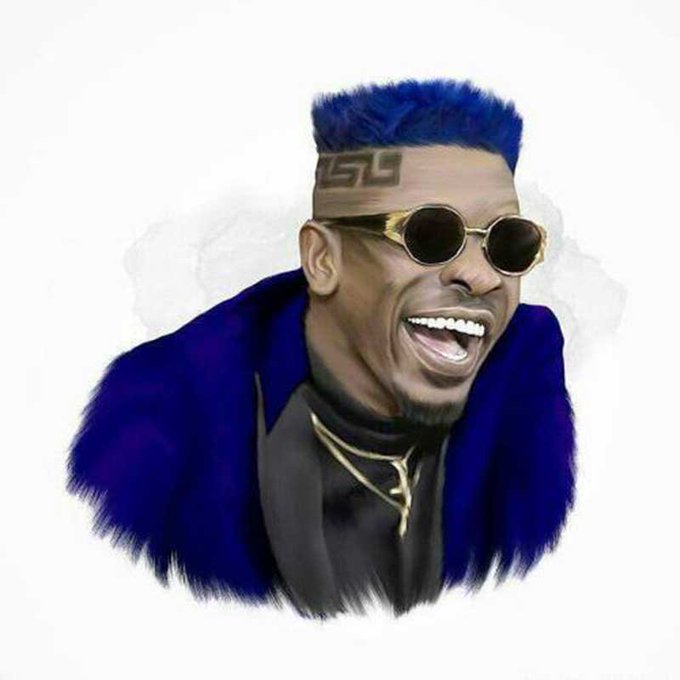 Video: Popular Slay Queen forced to collect her feces from the ground after defecating in the wrong place