The Chief of Ajumako Essaman in the Central Region, Nana Amankwa Dua XII, and his elders have dragged the parents of a 14-year-old girl who accused them of forcing their daughter to abort her pregnancy.

They have accused the parents of tarnishing the image of the community with their baseless accusation.

The Chiefs and the Elders summoned Yaw Badu and his wife Ama Kunadu to the palace on Sunday 30th May to prove to them where they told and forced them to terminate the pregnancy.

The parents could not prove their allegation after what they said earlier on record was played to the gathering.

Yaw Badu in tears apologized to the Chiefs, elders, and the residents for making a false allegation and consequently retracted same saying he made the allegation out of anger.

The Chief indicated that Yaw Badu and his wife will be charged for tarnishing the image of the town and also be made to ‘purify’ the land. 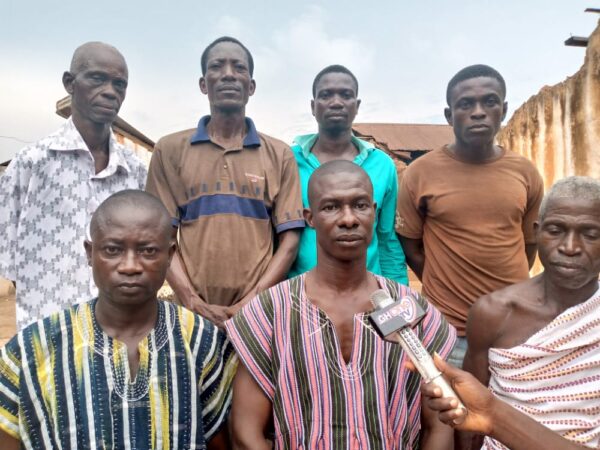 He added that he and the elders of Ajumako Essaman will never allow any pregnant teenager in the Community to abort a pregnancy, adding that anyone who impregnates a teenager per the community’s by-law is subject to a hefty fine to serve as a deterrent to others.

It will be recalled that Kasapafmonline.com last week published a story in which a Fourteen-year-old primary four pupil of the Ajumako Essaman Methodist Basic School in the Ajumako Enyan Essiam District of the Central Region, who is a victim of defilement, is crying out over attempts to compel her to terminate her pregnancy, borne out of the act.

According to her, the Chiefs, Assembly Members, and residents in the area want her to terminate the baby in order not to “tarnish the good image of the Ajumako Essaman Community.”