A Black man named Jonathan Price was shot and killed by a Wolfe City police officer and this comes only months after he condemned Black Lives Matter protesters and said White police officers have never harassed him.

The family of Jonathan Price says he was fatally shot during an officer-involved shooting in Wolfe City on Saturday, October 3, while he was breaking up a fight.

Authorities said an investigation is underway into the officer-involved shooting in Wolfe City.

The Texas Rangers are investigating the shooting, and the officer involved has been placed on administrative leave until the investigation is completed. 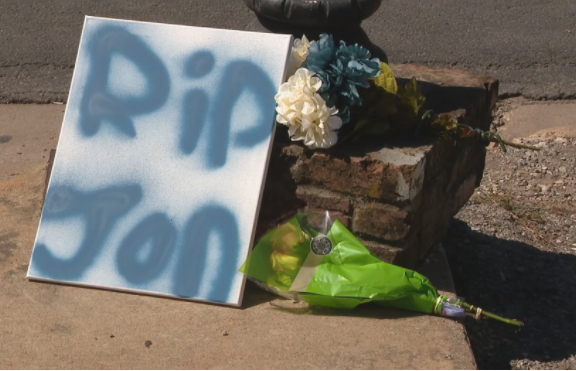 After news of his death went viral, people went to dig up his old post where he questioned the efforts of Black Lives Matter protesters and stated that White people have done more for him than his own family. He also stated that he is addicted to White women.

He called the conversation about race and colour “BS” as Black Lives Matter protesters took to the street to protest against police brutality after the murder of George Floyd.

He added that White police officers have stopped him multiple times and they let him go. 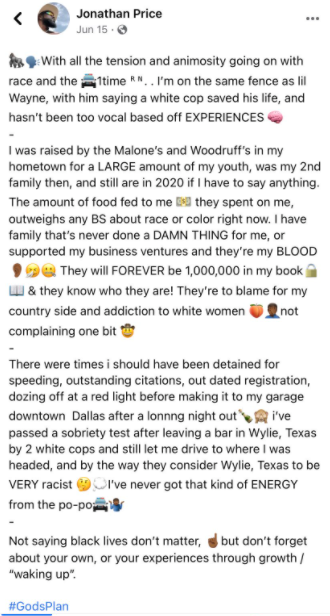 Some Black women have stated that they won’t be marching to protest his killing.

A black woman shared a screenshot of his post defending white cops and captioned it: “Imagine posting this and then be killed by the police.” 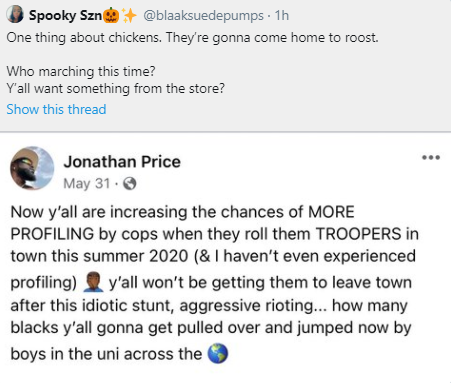 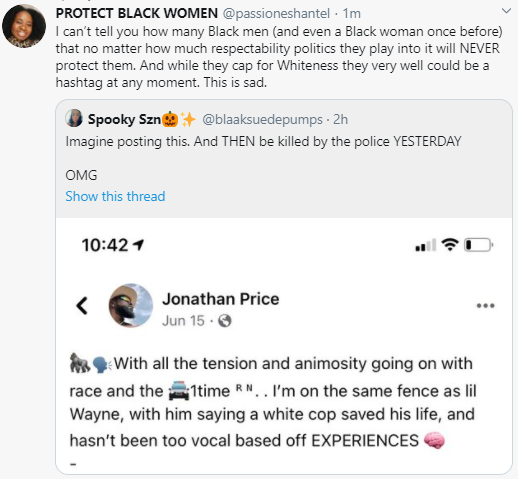 Price’s family said he was at an Exxon gas station when he saw a confrontation between a man and a woman. He then tried to break it up, and an officer pulled up

Price was reportedly shot multiple times and died from his injuries.

Since the shooting, people have been posting about Price, saying he was a mentor who worked for the city. Those who were at the scene have said he was doing the right thing.

Price’s family said a vigil will be held Monday, October 5, at 7 p.m.