An aircraft almost crashed into a school building at Ajumako Okyeso in the Ajumako Enyan Essiam District of the Central Region Wednesday morning after it made a forced landing.

According to reports, this was after the aircraft had developed a mechanical fault.

The development threw the JHS Two students who were learning at the time into a state of fear forcing them to flee for their lives. 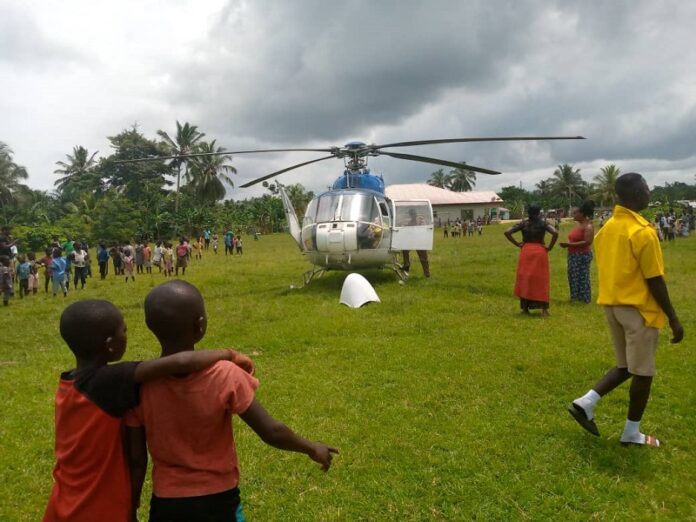 Eyewitnesses tell Kasapa News Yaw Boagyan that they saw the gold-carrying aircraft with registration number S/N 5073 traveling from Obuasi to Accra shaking in the sky and nearly landed on the school building as it forced landed.

The police were at the scene to maintain law and order as a large crowd had gathered to witness the incident.