The Coaltar Police command in the Ayensuano district of the Eastern region has arrested a driver transporting quantities of suspected human bones to a fetish priest.

According to the local police, the Unit Committee Chairman of Kwamekyere Electoral Area – Aware Isaac, together with two others upon a tip-off intercepted a Daewoo taxi cab with registration number GE 5063-15 with suspects -Awatey David Okra, 22, driver and Amenuvor Nicholas, 20, on April 7, 2021 at about 10:30 pm from Suhum direction towards Kwamekyere, a community in the District for allegedly carrying human bones. 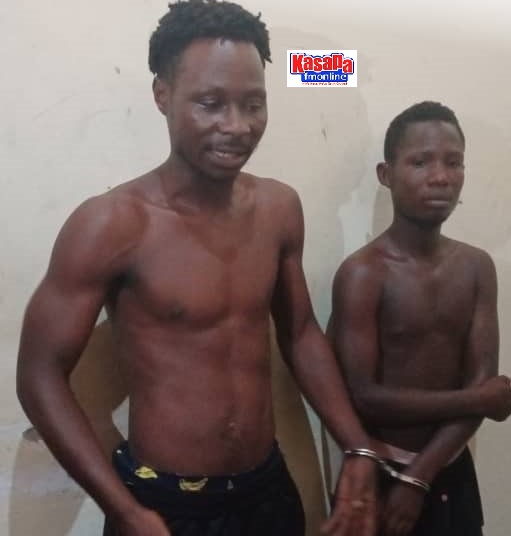 One other occupant managed to escape with a pan containing some unidentified materials.

A search conducted in the taxi revealed a black suitcase containing some old bones suspected to be human bones. 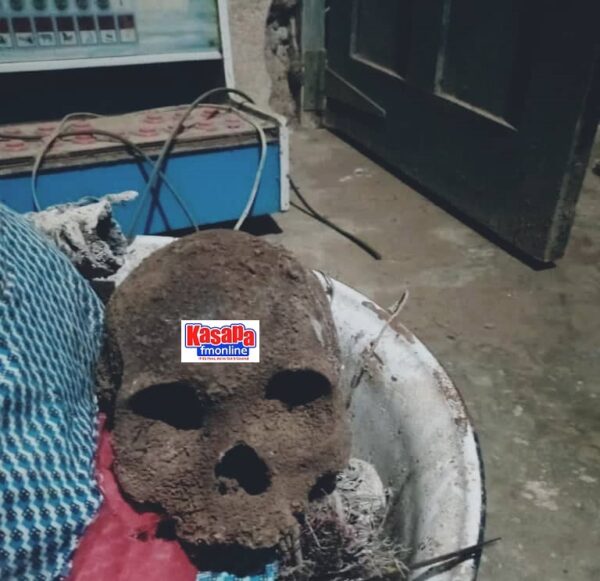 Police rearrested the suspects and upon interrogation, they alleged that one Djoka of Niifio near Suhum sent them to deliver the suspected human bones to a fetish priest named Gagba of Kwamekyere village in the same district.

Police together with both suspects, visited the shrine of the said Gagba but the fetish priest had escaped. 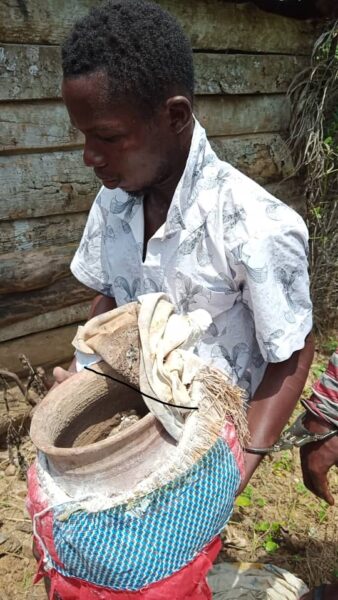 Police investigators spotted a newly buried pot within the premises of the shrine containing an old skull also suspected to be a human skull and a pan stuffed with fetish regalia.

“The suite case with the bones, the pot containing the skull and the pan with its contents were retained for evidential purposes whilst the two suspects are detained for further investigation. Meanwhile, efforts are underway to trace and apprehend the other accomplices for the appropriate action to be taken and also to send the bones and the skull to Police Hospital mortuary for preservation, determination, examination and identification” the acting Public Relations Officer of the Eastern Regional Police Command Francis Gomado told Kasapa News.

The incident is happening few days after a 22-year-old man Isaac Larbi, was arrested in Onakwase community in the same district for allegedly killing and depositing the body of his wife in a dumping site to decompose beyond recognition.

The suspect is alleged to have removed the body parts for money rituals.

There have been many other incidents of killings for money rituals linked to fetish priests in recent times creating national concerns.