The sound of trumpets beautifully synchronized with that of drums created by forces behind the drumsticks. A long queue approached the lobby where the band, clad in dashiki shirts stood, moving steadily like a choir processing to an auditorium for the commencement of an epic occasion.

At 7:00 pm, the lights in the auditorium of the National Theatre were dimmed and curtains raised to a nice stage. As typical of James Ebo Whyte’s plays, ‘Final Warning’ which projects the life of Apostle General of the Royalhouse Chapel International, Sam Korankye Ankrah, had able actors who played their roles to the admiration of the audience.

READ  Video: Man beaten to death after moving out to buy food for pregnant wife

He combined comedy and great music to tell the untold story of Rev. Korankye Ankrah who admitted shedding tears while watching the production.

“I haven’t cried in my life for a long time… Ebo Whyte captured it explicitly perfectly,” he said to a resounding applause from the audience present at the premiering, Thursday.

Uncle Ebo Whyte, as he is affectionately called, said Roverman Productions decided to stage a play about the pastor after his wife Rita Korankye Ankrah approached them with a proposal as part of the church leader’s 60th anniversary celebrations.

“At the time she did, we were not sure how we were going to do it. But that is a man of God and anything you do to celebrate him honours God and God came through for us,” he said. “What you just witnessed is the work of four weeks; we normally take 6 weeks to do a play. But because we wanted it to be part of the week of celebration for his 60th birthday, we pulled out everything, drove ourselves crazy to be able to do it.” 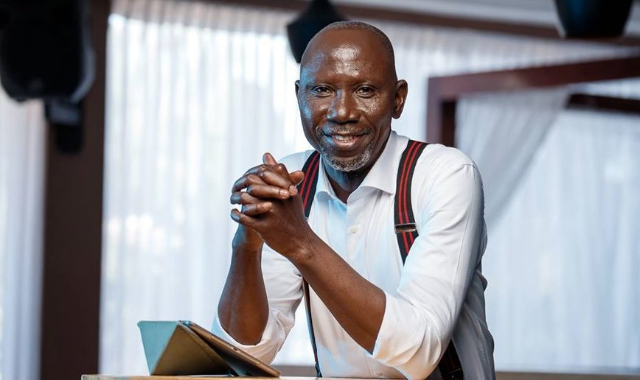 Rev. Sam Korankye Ankrah serves as the Apostle General of the Royalhouse Chapel International, a church in Ghana with more than 30,000 members.

He is also the first Vice President of the Ghana Pentecostal and Charismatic Council.

In 2008, he received the Order of the Volta award, one of Ghana’s highest honours, from Ghana’s Ex-President John Agyekum Kufuor for his charitable work in the areas of health and education.

On February 23, 2020, Rev. Korankye Ankrah will celebrate his 60th birthday and 30 years in ministry as a man of God.

The Uncle Ebo Whyte production on the life of Apostle General was too good!! #AGis60

Exactly how Apostle General @SamKorankye expressed himself while watching @UncleEboWhyte 's #FinalWarning. ( A play on the Life of AG)

Revealed: The guy in the alleged “Kwesi Arthur s3xtape” is not Kwesi Arthur.