Comedian Funny Face appears unfazed by a lawsuit from a US-based lady as he has promised her a showdown.

Mary Ama Boansi, through her lawyers, filed a suit against Funny Face, alleging the showbiz personality owes her about $53,105.53.

The writ mentioned that Madam Boansi, during her love relationship with Funny Face, provided financial assistance to the comedian upon request.

According to the writ, before the request was placed, Benson Nana Yaw Oduro Boateng, as the comedian is known in real life, promised to marry Boansi.

Not only did Funny Face fail to deliver on his marriage promise; he has refused to pay back the money after several attempts, the writ added.

Reacting to the development, Funny Face neither denied nor confirmed taking the said amount from the Boansi. What surprises him, is the fact that the lady is battling him over an old relationship with the intent of smearing his reputation with mud.

“This is a pure case of a relationship gone bad,” he said in a video clip shared on social media. “Somebody has gone to sit, plan that ‘lemme come back and disgrace him’. After one year… Over one year breakup; you’re now coming back to say what?”

While asking his fans to calm down, a seeming unperturbed Funny Face said he was ready to face Boansi in court.

He said: “Anyway, the issue is in court, my lawyers will deal with it so FunnyFans, relax. After seeing that the man is back again, this is how you attack? After your threat?… Eh go over you.”

Boansi is asking the court to direct Funny Face to pay her $53,105.53 or its Ghana cedi equivalent and an interest on the said amount.

She also wants the court to declare that Funny Face defrauded her by “false pretences.” 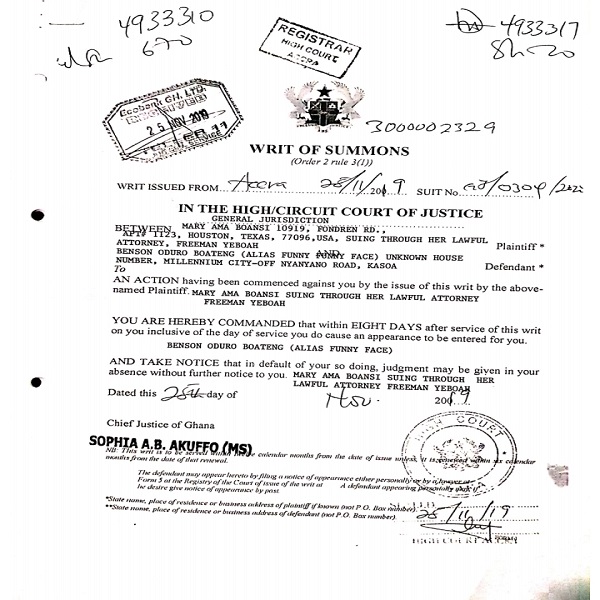 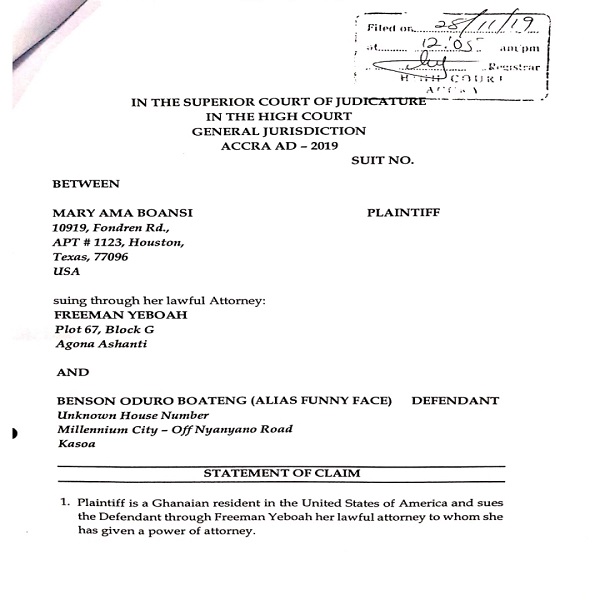 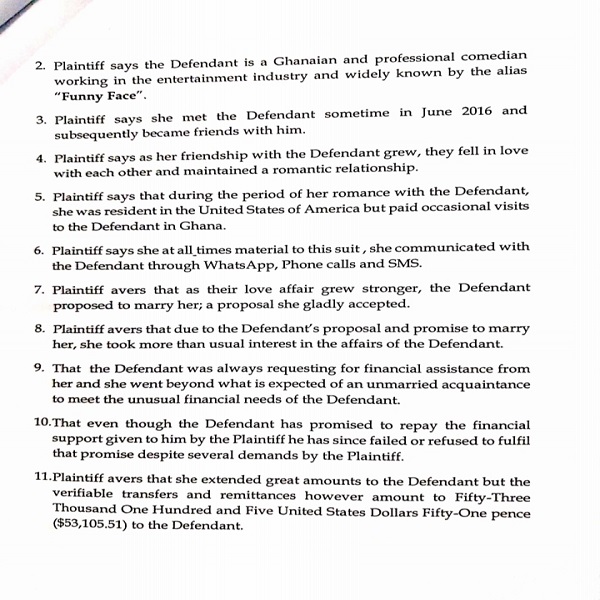 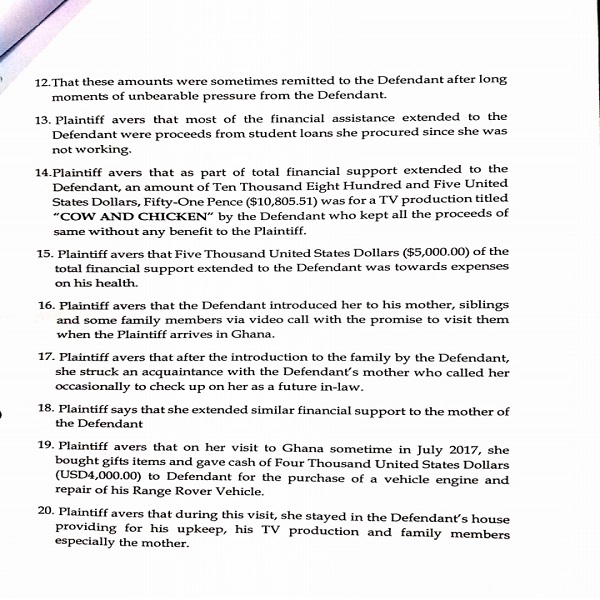 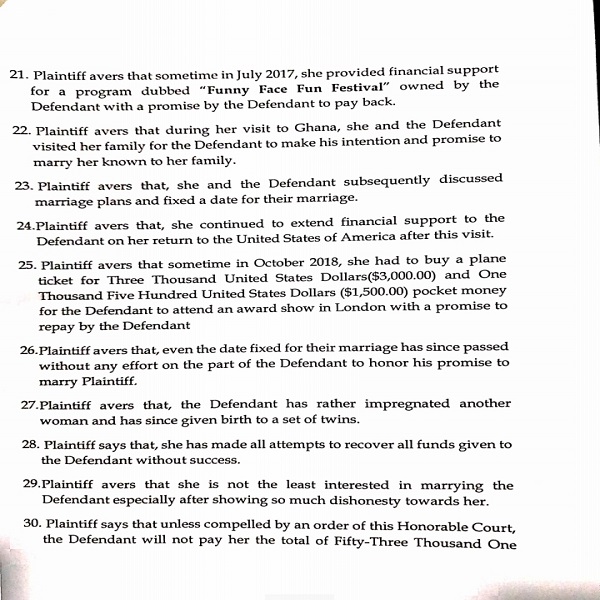 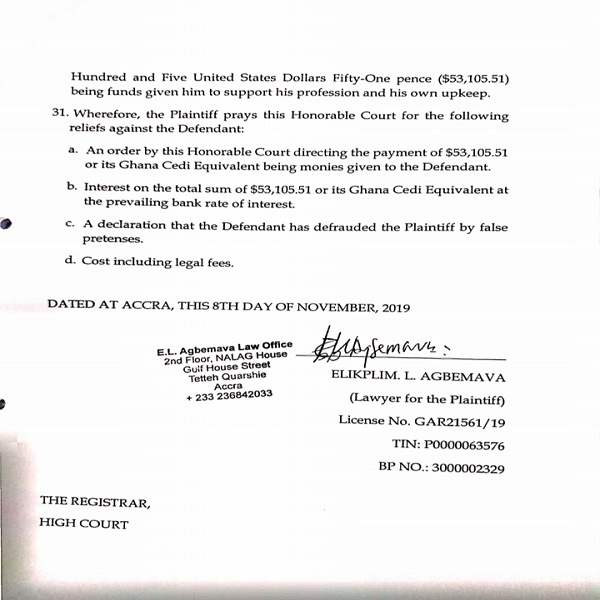