Flight Lieutenant Jerry John Rawlings could not control his tears as his only mother Victoria Agbotu is laid in state in a green and golden bouquet of flowers infront of the state House in Accra.

Members of the opposition National Democratic Congress NDC and some dignitaries were present at the funeral grounds as some of them were visibly shedding tears .

The former President was of no exception as he wiped his face trying not to allow tears flow in public.

The oldwoman Madam Victoria Agbotu is the mother of one of the longest serving Presidents of Ghana Flight Lieutenant Jerry John Rawlings.

She was a Christian as her laying in state was laced with hymns and songs from the gospel. May she rest in peace. 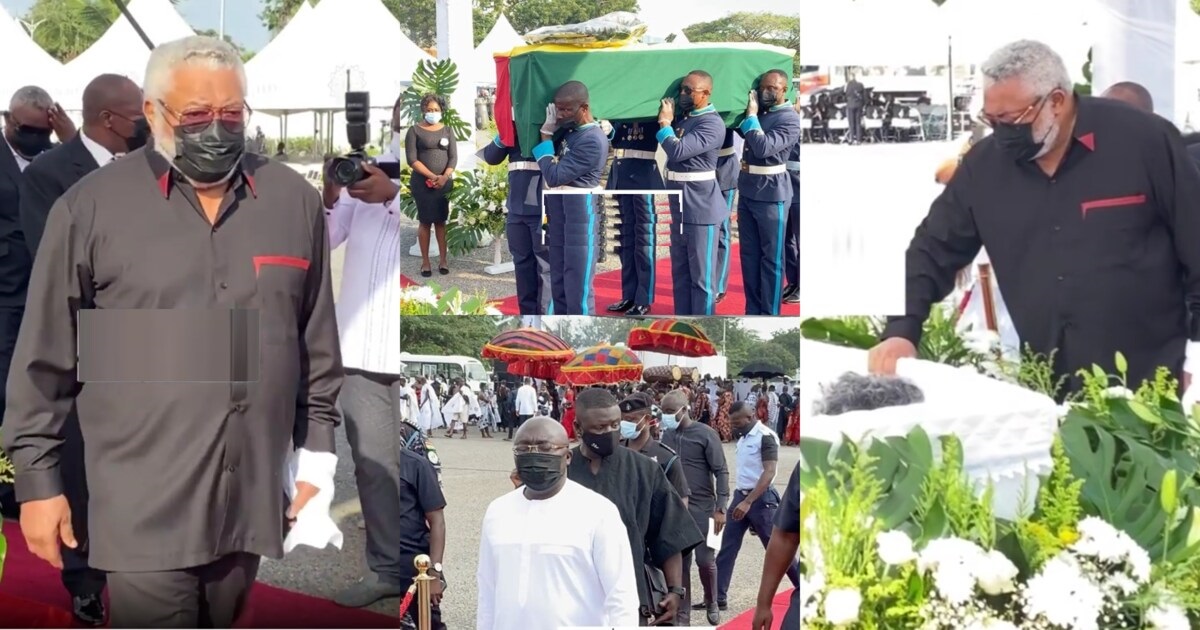 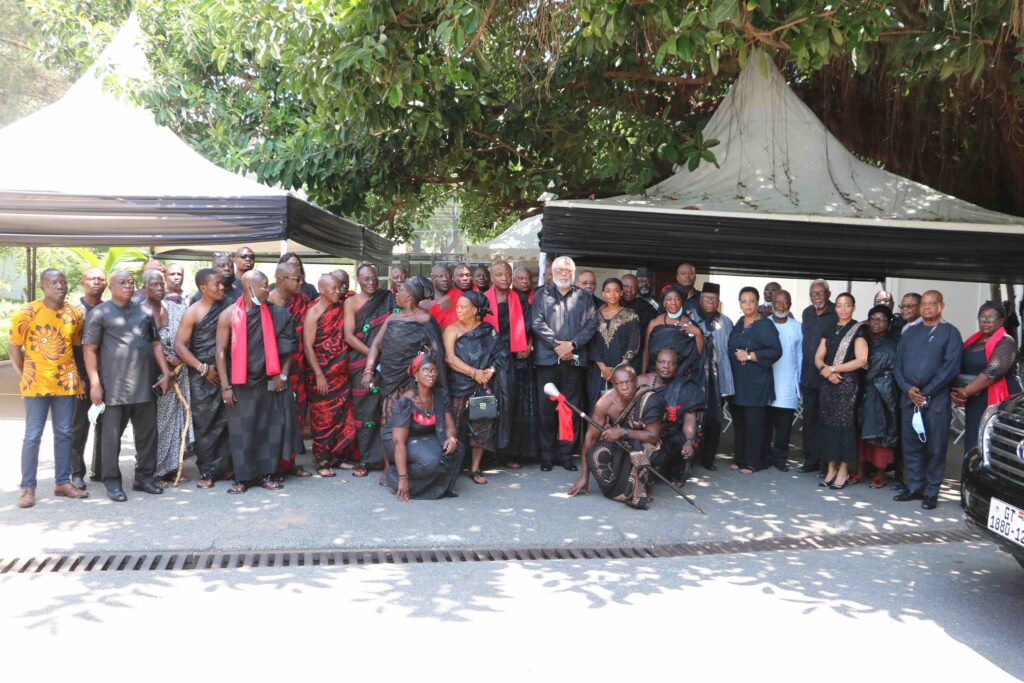 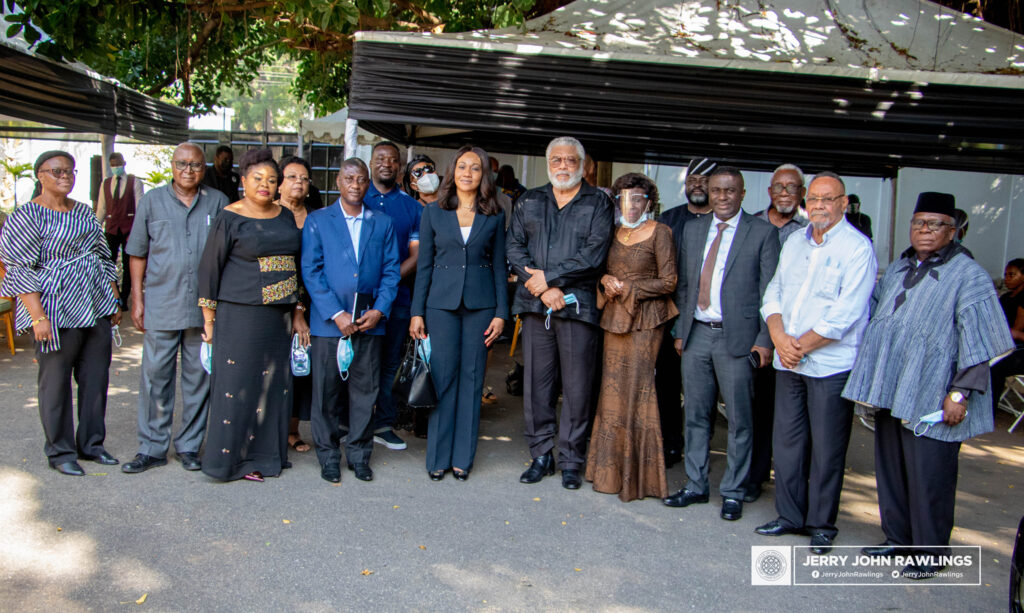 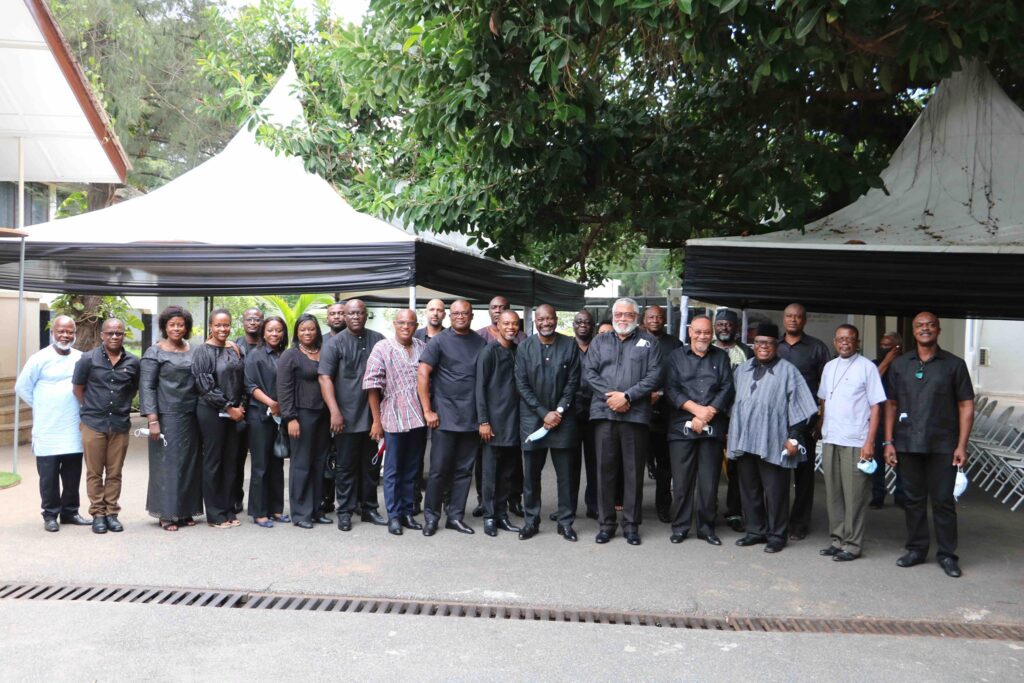 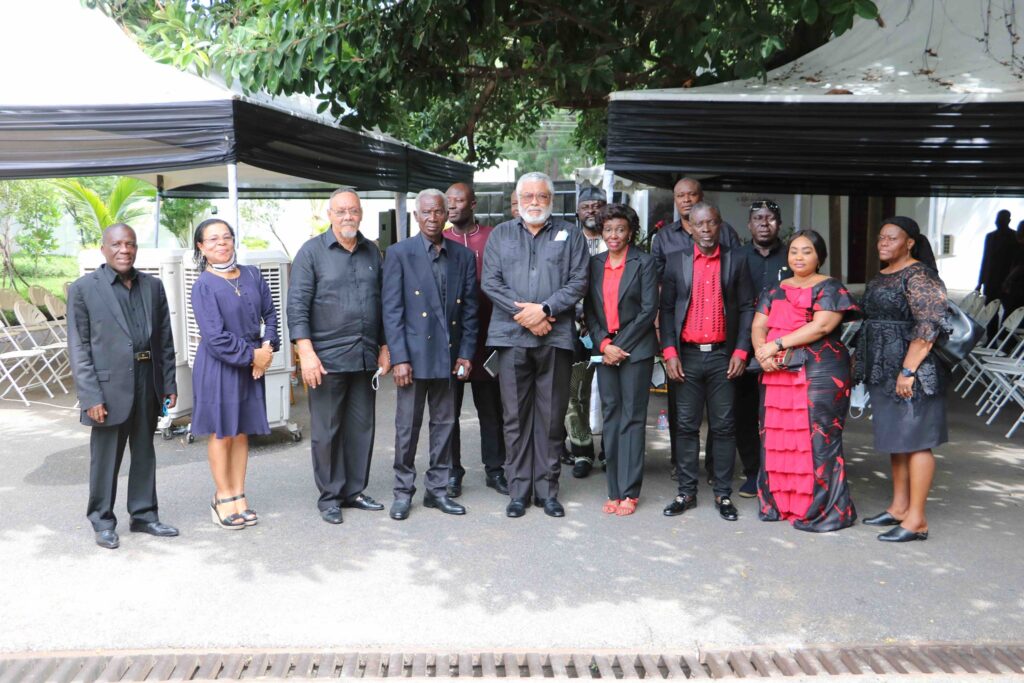 Interesting : Appearing before you is just for an interview not a death sentence – Check out