The Food and Drugs Authority (FDA) has granted authorization for COA Mixture produced by the COA Herbal Centre to be marketed as a herbal medicine to replace COA FS, which was a food supplement, the Chief Executive of the Centre (CEO), Professor Samuel Ato Duncan, has announced.

He said the authorization thus changes the status of the COA FS preparation from a food supplement to a herbal drug with the new name COA Mixture, a herbal medicine for general wellbeing, which has already been launched.

In April this year, the FDA asked the center to withdraw the product, which was classified as a food supplement, from the market over claims of it being unsafe for consumption, citing contamination.

The CEO said following the recall of the COA FS from the market due to microbial contamination, the company received products worth GH¢1,680,000, which were destroyed with the help of the FDA.

He said this while inaugurating its new state-of-the-art factory at Wosorkrom in the Abura-Asebu-Kwamankese District of the Central Region.

Prof. Duncan said the center had acquired a new authorization for transforming it into a research and manufacturing company under the new name, the COA Research and Manufacturing Company Limited.

The establishment of the new facility, he said, would spur the company on into further research and manufacturing of COA products for both local and international markets. 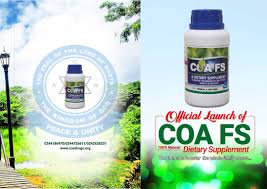 He said a lot of investment had gone into giving the old factory a major facelift with the installation of new automated equipment to reduce human contact and also to improve quality.

Additionally, he said, management had employed technical and non-technical staff members to improve quality in addition to training others on good manufacturing practices stipulated by the FDA.

Prof. Duncan commended the FDA for supporting the company in ensuring best standards and production of good quality drugs during the restructuring of the factory.

The Chairman of the New Patriotic Party (NPP), Freddie Blay, who was the Guest of Honour, underscored the important role of herbal medicine in the healthcare system of the country and pledged the government’s support for that sector.

He indicated that the development and promotion of the nation’s herbal medicine industry had the potential of raking in revenue and foreign exchange for the country.

Mr Blay urged the management of COA Research and Manufacturing Company Limited to take advantage of the new facility to make COA Mixture available on both the local and international markets.

The President of the Ghana National Chamber of Commerce, Nana Dr Appiagyei Dankawoso, appealed to the FDA to work with management of the company to improve production capacity while ensuring that the required standards were maintained.

The new company, established at the cost of over GH¢10million, is to carry out extensive research and facilitate the production of quality herbal medicine for both the local and international markets. 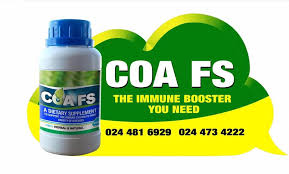 Ghana not back to HIPC – Oppong Nkrumah