Unidentified Gunmen have killed Edward Okechukwu, the Vice Chairman of the All Progressives Congress in Ward 5, Oyigbo Local Government Area of Rivers State and four others.

The incident happened in the early hours of Monday, where Okechukwu, the son of the paramount ruler of Azuogu Ndoki community and four other young men were shot dead.

The murder of these five persons threw the entire residents of the community into a shock. 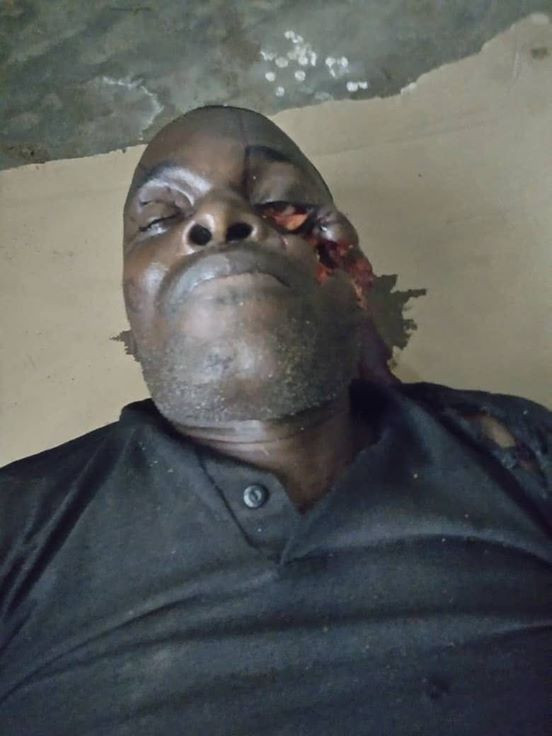 Residents alleged that the attackers are from Ilori of Ogoni community in Tai Local Government Area of the state.

It was gathered that the gunmen, who were well armed with different weapons including AK47  injured many people in two other communities.

They also destroyed properties and made away with so many valuables from the communities. 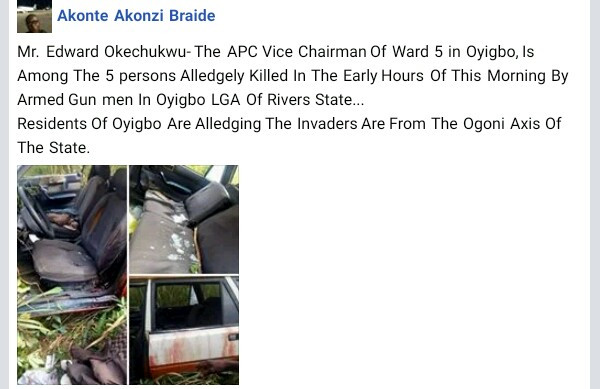