Member of parliament for Assin Central Constituency, Honourable Kennedy Agyapong has alleged that the the opposition National Democratic Congress is plotting some egregious evil schemes which are aimed at destabilizing the nation before the December 7 elections.

He made public these allegations on popular TV show, The Seat on Net 2 yesterday. The outspoken Assin central lawmaker alleged that the National Democratic Congress is planning to use their loyalists in the police, customs and immigration services, to bring in ammunitions which will be used in a fiery battle towards winning the presidential seat. 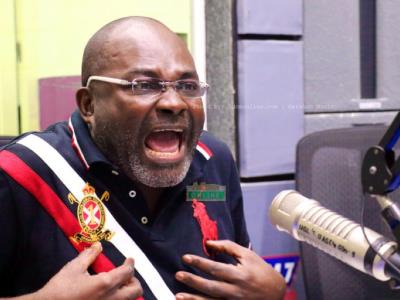 He further stressed on the need for the Minister of National Security, to be on high alert and not back down in their quest to ensure free, fair and safe elections. Honourable Kennedy Agyapong added that the following individuals should also be very careful of their movements as they are at risk for some wicked NDC plots. Honourable Derrick Oduro, Nana Obiri Boahen, Chairman Wontumi, Abronye and himself. Adding that, he is ready for them so the NDC should not dare bring their evil schemes his way

Nothing, not even the EC can deny Mahama the Presidency- Otokunor