The NDC stalwart said he knew the capabilities of the first female running mate for the party and she would deliver.

Prof Ahwoi, who served as Minister for Local Government and Rural Development from 1990 to 2001 under the Rawlings regime, said his choice for the role “wasn’t Jane, but the moment she was announced I accepted her because I know she is a very good material.”

Her nomination has caused “confusion in the governing party because this was the last thing they thought could happen.”

He said has known Jane for a long time as they were both born in 1951.

The party unveiled Prof. Opoku-Agyemang on Monday,July 28 at the UPSA in Accra.

For Prof. Ahwoi, her partnership with former President Mahama for the race “is a brilliant ticket.” 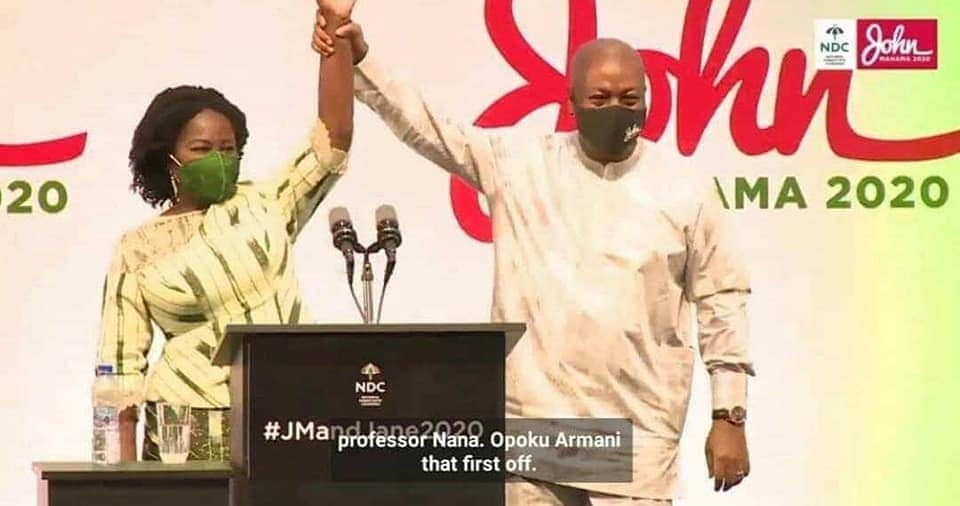 “Naana is a lady of steel,” he emphasised in an interview with Accra-based Joy FM, which was monitored by theghanareport.com.

Prof Opoku-Agyemang is the first female Vice-Chancellor of a public university, the University of Cape Coast (UCC).

She is the eighth woman to be nominated as a running mate in Ghana since the 1992 elections and the first for the NDC.

She also served as Education Minister under former President Mahama.

If the NDC wins, she would become the first woman to be Vice President of Ghana.

In the assessment of Prof Ahwoi, she possesses managerial acumen and deserving of the nomination.

He said UCC could be likened to a city because it is even bigger than most of the towns we have in Ghana with a huge population.

“It is a good ticket, and I will recommend it to Ghanaians,” Professor Ahwoi concluded.

Jane is targeting the empowerment of women, youth and the aged.