The 26-year-old woman, Rafia Yusif, literally drags herself to her farm every day.

Her legs don’t work but her hands do and that is how come she owns a maize farm in Daboya.

Buckled in a wooden wheelchair, Rufia powers the chair with her hands across a 5-mile journey from home to her one plot farm,

Here is a story of determination against all odds.

Rufia was not born physically challenged, she lost her legs in her sleep. 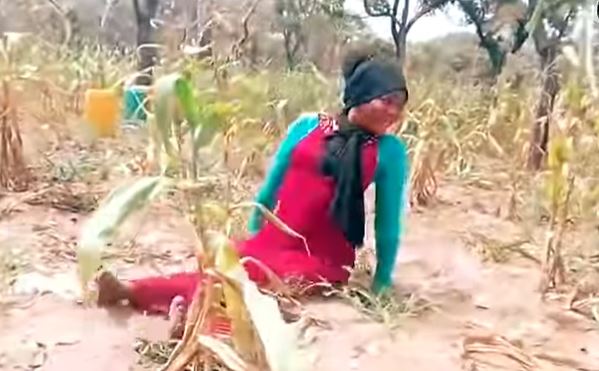 “I was seven-year-old when it all happened, I had woken up to use the washroom but I noticed I could not feel my legs, they were not moving,” she said.

She was taken to the Tamale Teaching Hospital for examination. “I was asked to run a series of lab tests but the doctors couldn’t find what was wrong with me,” she spoke in Twi.

Doctors gave her an injection but her lower body kept paralyzing. 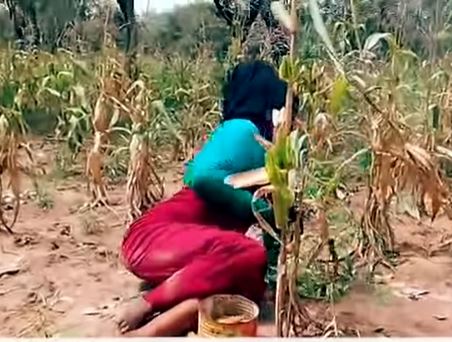 “After the injection, I could not sit up. I had to have a pillow pinned to my back before I could sit up,” she recounted. Rafia at 7-years-old had to learn how to sit again.

Giving up, the doctors advised that her family seeks herbal treatment, she said.

Still defiantly hopeful that their little girl would walk again, Rufia says her family rushed her to a herbalist in a village close to Daboya in the North Gonja District for treatment.

But their hope was dashed. The herbalist couldn’t help.

“The herbalist after taking me through a series of rituals, had incisions done all over my body. He later told my mother he could not help me” 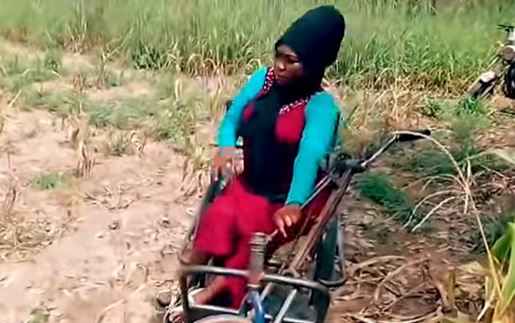 “According to him, it was because of the injection I had been given at the hospital” Rafia recounted.

Later she was transferred to the Nsawam Government Hospital, where she spent five months

“My mother left me at the hospital for Kumasi, where she worked as a head porter (Kayayo) to raise money for the bills,” she said amidst tears. 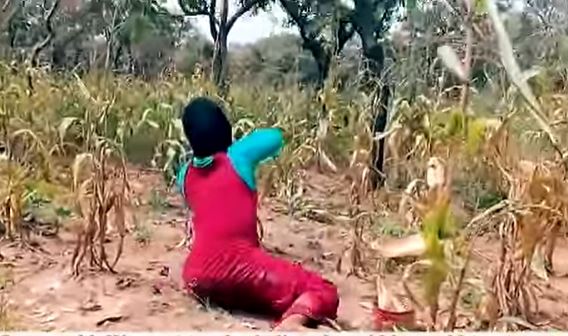 The 26-year-old despite being physically challenged took her education seriously, she is the only educated one among her four sisters.

She has a Diploma in Business Studies.

“Even though I have a diploma in business studies, it has been difficult to gain employment, so I decided to farm to support the family,” she said

Rafia’s nightmare is how to transport herself to the farm.

“I struggle to travel 5 miles every day to the farm with my wooden wheelchair, also because it is manual and I have to keep rolling it… I will be happy if someone can gift me with the engine-powered tricycle” she added.

Beyond farming, the 26-year-old has created multiple streams of income.

“I do beads, sandals, necklaces, and bangles to complement the proceeds from my farm,” she said.

Because of the difficulty in movement, Rafia’s dream is to own a provision shop.

‘Akufo-Addo is the trigger for LGBTQI in Ghana’ – Bernard Mornah