Inter Milan will do everything to sign Lionel Messi, it seems.

According to reports, Antonio Conte’s side is ready to offer Messi a whooping €260 million (£235 million) deal if he decides to leave Barcelona next year and play for them.

The six-time Ballon d’Or winner’s contract with Barcelona comes to an end next year, and the Serie A giants are ready to pounce.

Rumors of his departure have once again gained momentum, especially after he recently called the team “erratic and weak” after losing the LaLiga title to rivals Real Madrid.

According to Gazzetta dello Sport, the Nerazzurri are hopeful of landing him on a free in 2021, in a deal that will make Messi’s net earnings higher than Cristiano Ronaldo’s.

The 33-year old’s agents have already had meetings with Inter Milan’s president Steven Zhang and the club’s owners seem to be flirting with the idea of him playing for Inter, because they recently projected an image of Messi on the famous Duomo cathedral as part of promoting the game against Napoli.

The King of Italy 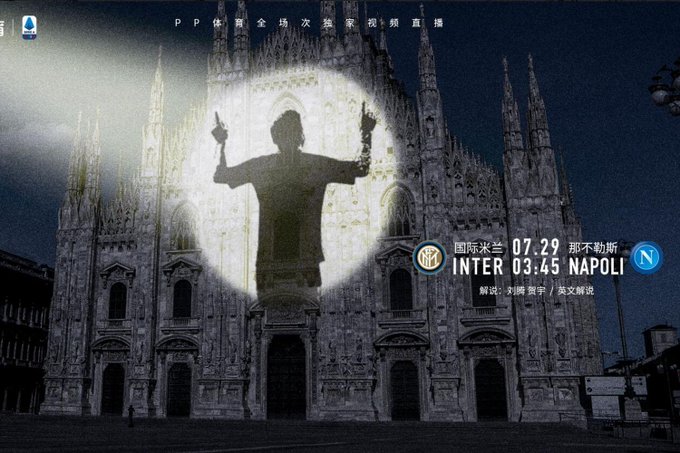 “Messi on the cathedral? It wasn’t my idea. It reminds me of football from the past with such situations. We are talking about an icon, a great player, a desire that everyone has.

Barcelona president Josep Maria Bartomeu has recently said that Messi will sign a new contract with the Spanish club, but with Inter’s desire and ability to spend, we will have to wait until next summer to see what happens!

Just In: UTV presenter dies in accident at harbour