Jamaican musician Popcaan is causing outrage on social media with a photo smoking weed whiles being guarded by police.

A picture that is fast making waves on social media has shown moments when the musician showed off an illegal substance beside an officer of the law.

Popcaan was spotted holding a piece of weed whiles being guarded by a police officer as he posed for the camera.

The smoking of marijuana in public or private is illegal in Ghana but the Jamaican musician has come to the country twice to smoke in public and walked free.

Social media users who saw the image got livid and expressed how the musician could be allowed to walk about freely while possessing marijuana.

They described the law as being biased towards foreigners and being harsh on citizens of the country.

Netizens cited the case of Kwaw Kese who was trialled and jailed for possessing weed in public as an example to back their point.

They asked the law to take its course and make an example of the musician so as to deter others from repeating the same actions on our soil.

Check out the photo below. 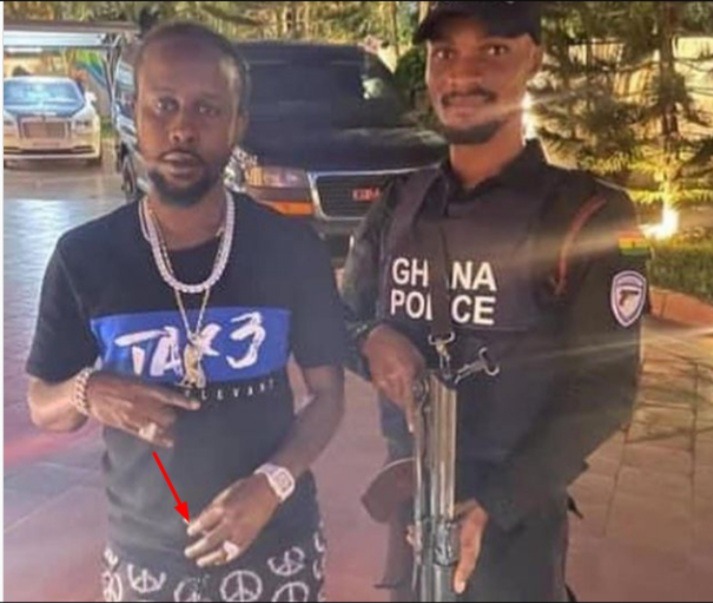 Popcaan is not the only foreign star who has been seen smoking in public in Ghana and has gone scot free.

The story of Chris Brown comes to mind when ever that topic is raised.

My life is in danger, I’m on the run – Shatta Wale