Black Stars coach C. K Akonnor has given a call-up to the likes of Harrison Afful, John Boye, Baba Rahman, Mubarak Wakaso and Jeffery Schlupp ahead of the double AFCON header against Sudan next month.

This is the third call-up the coach has made and this time around has decided to give another chance to these experienced players based on their current output at their respective clubs.

Seven (7) players have been dropped from the list of players who were called for the two friendly matches against Mali and Qatar in Turkey some three weeks ago.

Ajax sensation, Kudus Mohammed, who scored against South Africa in Ghana’s first qualifier, has been left out of the squad after sustaining an injury against Liverpool in the Champions League.

Ghana will, on Thursday, November 12, 2020, take on the North-East Africans in the first of a double-header at the Cape Coast stadium, before travelling to Khartoum, five days later for the reverse fixture.

Akonnor will be looking to continue the team’s flying start to the qualifiers following victories against South Africa and São Tomé and Príncipe in November 2019.

The victories put Ghana on top of Group C with 6 points. 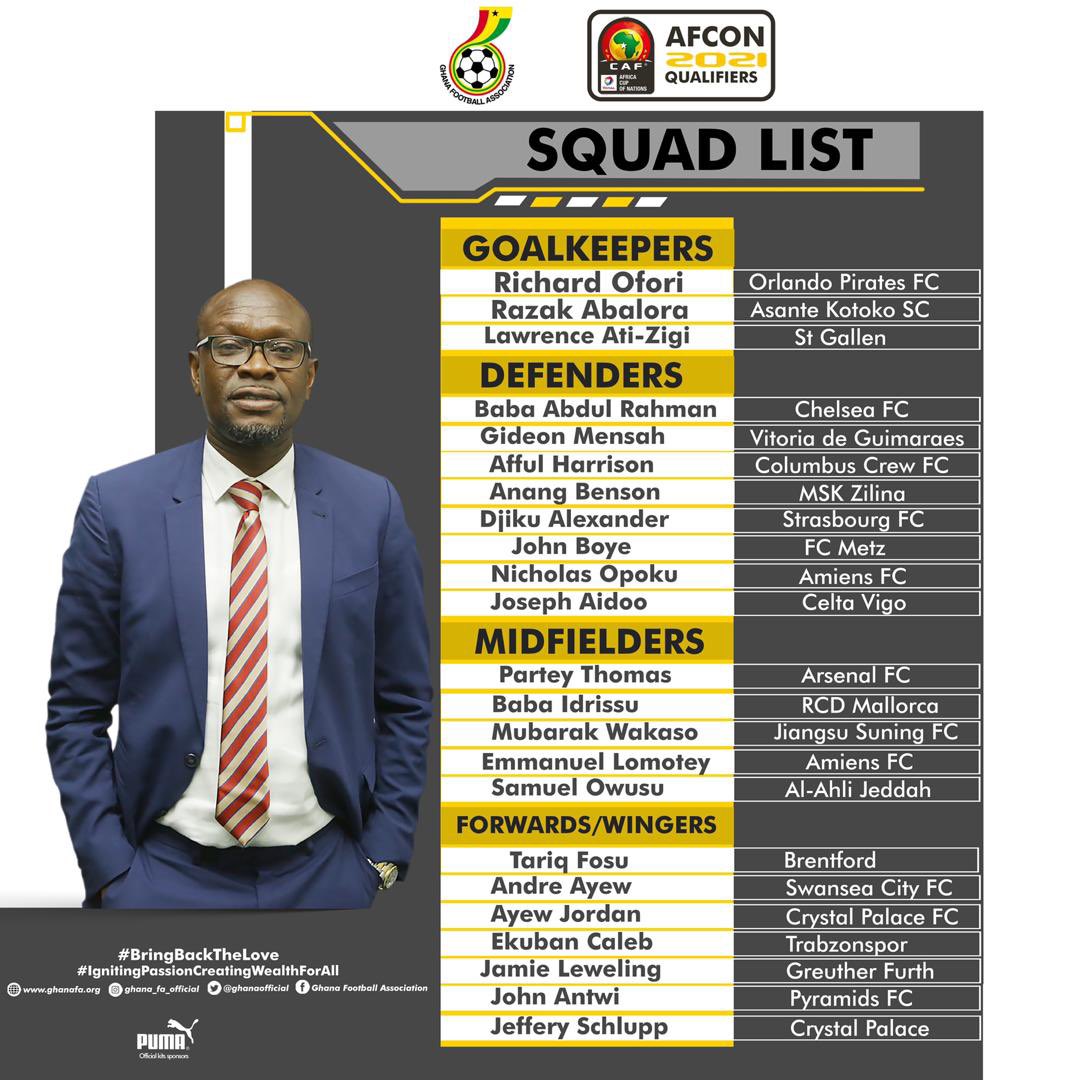