Staff of the Ghana Airport Company Limited, (GACL) have adorned the premises of the company with red colours in demand for the removal of Yaw Kwakwa as Managing Director.

The workers are accusing Mr Kwakwa of mismanagement.

In a petition to President Akufo-Addo through the chief of staff, sighted by Starr News, the workers argue “The Managing Director since assumption of office 2 years ago has demonstrated gross incompetence, insensitivity and lack of understanding of the critical Aviation Industry and therefore his continuous stay in office will further derail the progress of the company.”

The petition further accuses the MD of “Deliberate refusal to implement several interview reports lying on his desk for over two years, outsourcing key aspects of the company’s operations at exorbitant cost, notwithstanding the availability of in-house capacity.”

The services according to the workers include carpentry works, plumbing works among others. 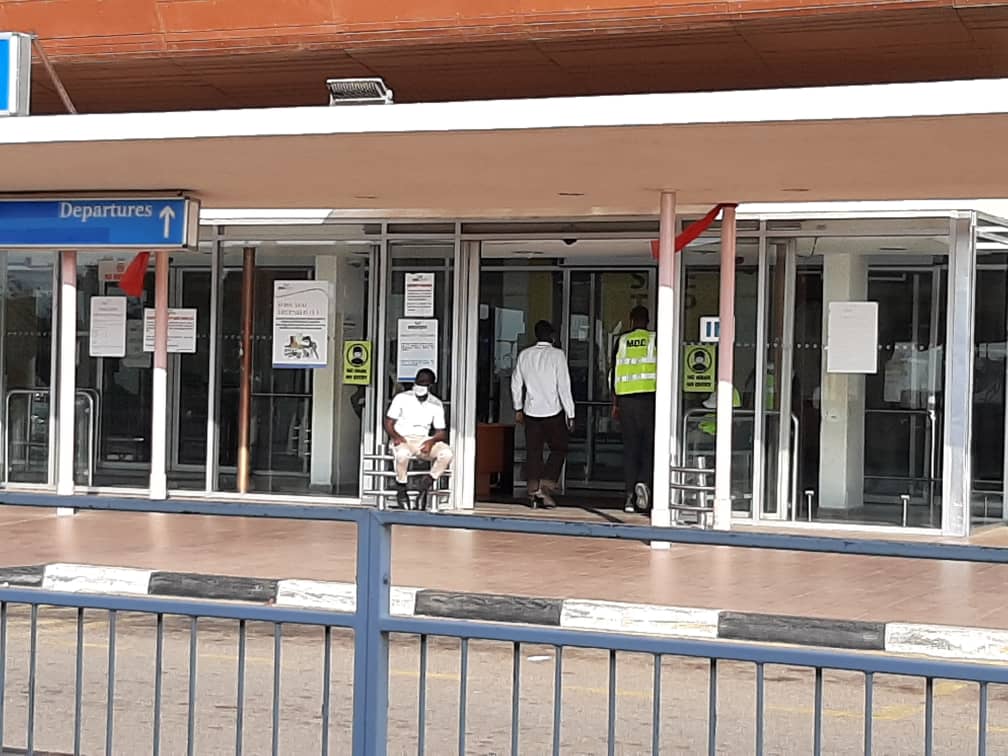 “Lack of interest in staff welfare issues resulting in several outstanding payments owed staff” among others.

The leadership of the Ghana Airport Company Limited Divisional Union of the Public Services Workers Union, PSWU in the petition stated the only way out is the removal of Yaw Kwakwa as MD

“As leaders of the Divisional Workers Union representing the entire general staff body, we are convinced after engagement with our members at the Headquarters and the Regional Airports that the only way to get the company back on its tracks and to achieve the President’s vision of making KIA an Aviation hub in the sub-region is the removal of the Managing Director.” The petition signed by Union chairman Abdul-Issaka Bamba and six other executives demanded.

The Union leaders copied National Security Minister, Labour Commission, Minister for Employment and Labour Relations and other stakeholders in their petition with a 14-day ultimatum. 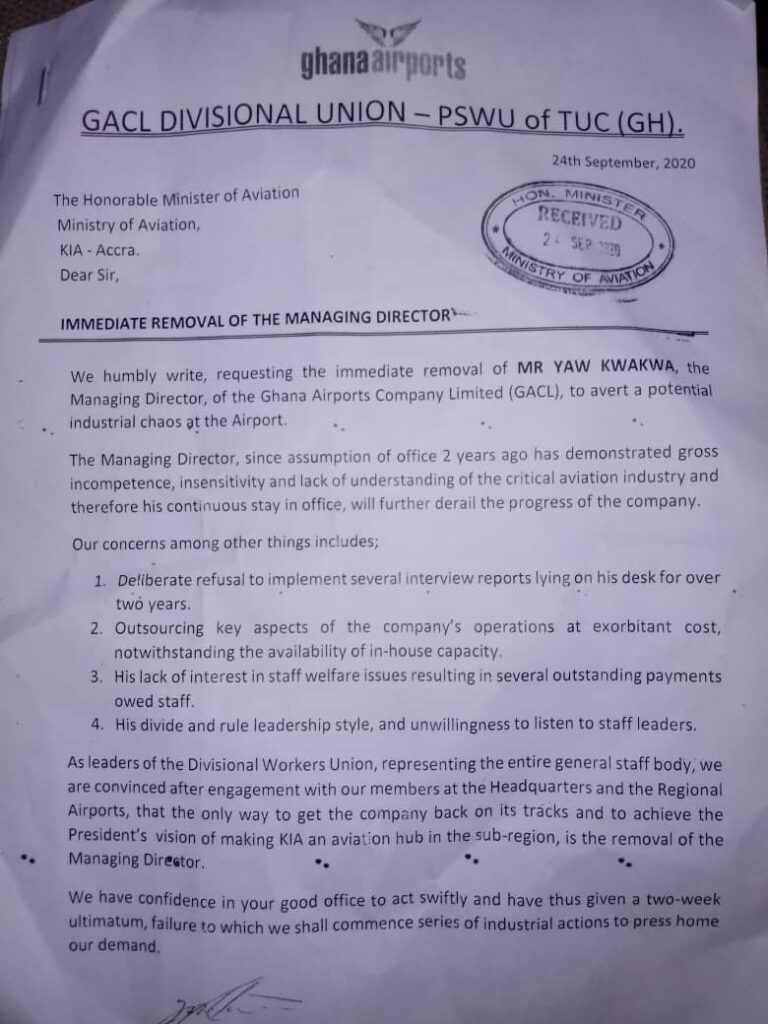 According to the workers upon the expiration of the ultimatum, other actions such as laying down of tools will kick in.