A post by former President John Dramani Mahama on Tuesday announcing a promise to absorb fees of first-year tertiary students for the 2020/2021 academic year, has been met with consternation and mistrust by some Ghanaians who read the post.

The former President made a promise in the National Democratic Congress’ manifesto to absorb 50% fees of first-year students for the next academic year, but with just six days to the general elections, the NDC has made a sudden policy change.

The former President posted a link to the story announcing the sudden promise on his Facebook, but some of the comments which followed were unfriendly.

Some of the comments hit at Mahama and the NDC for being desperate and hypocritical, with some even ridiculing the former President that he will soon promise to give free fuel to all cars, which will be registered in 2021.

With the NDC’s vehement opposition to the Free SHS policy by Nana Akufo-Addo, some of them attacked Mahama for taking the Ghanaians for granted and seeking to deceive the populace.

Others also reminded the former President how he inflicted woes on tertiary students when he was President by introducing utility bills, as well as how he canceled teacher trainee allowance and struggled to provide even chalk in schools.

One commentator wondered how Mahama can convince Ghanaians that his government is capable of absorbing 100% fees for new tertiary students when his previous government could not even pay teacher trainee allowance.

One common theme of the comments was that the sudden revision of the policy by Mahama and the NDC even before elections demonstrates the inconsistencies of both the flagbearer and his party.

Below are some of the comments: 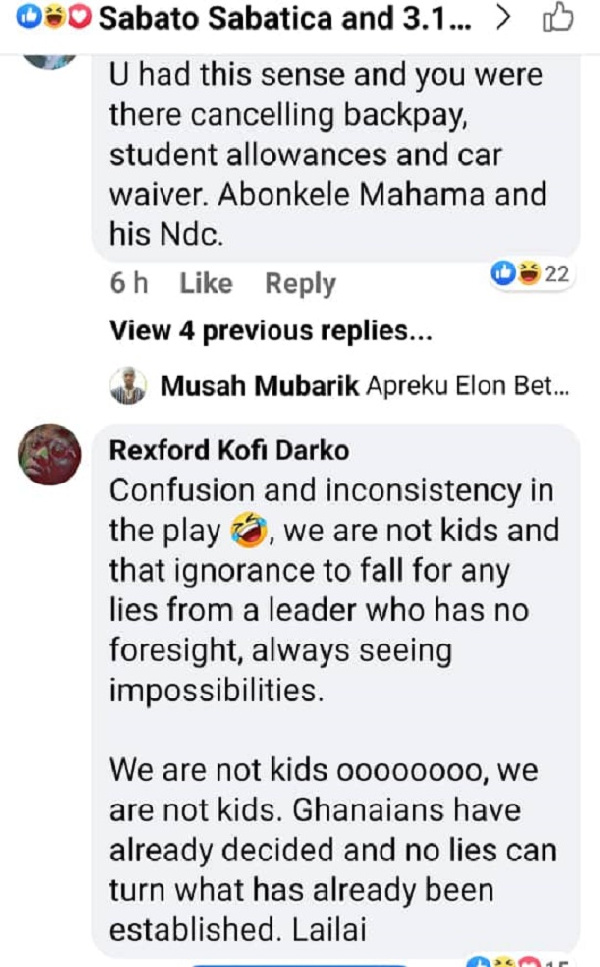 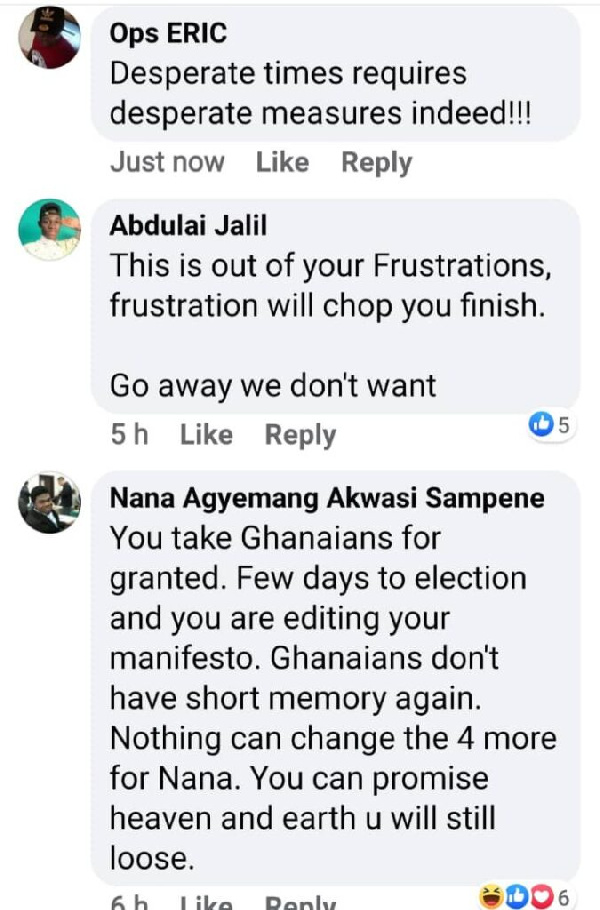 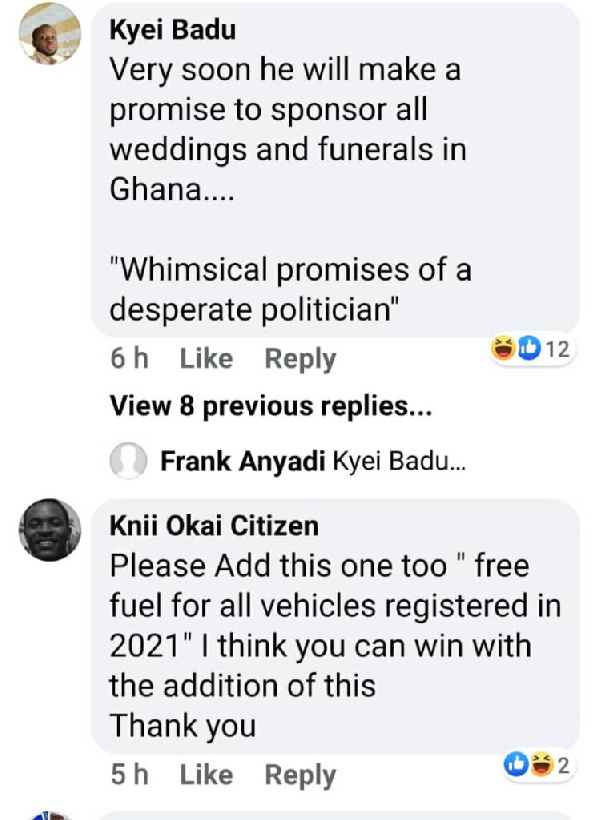 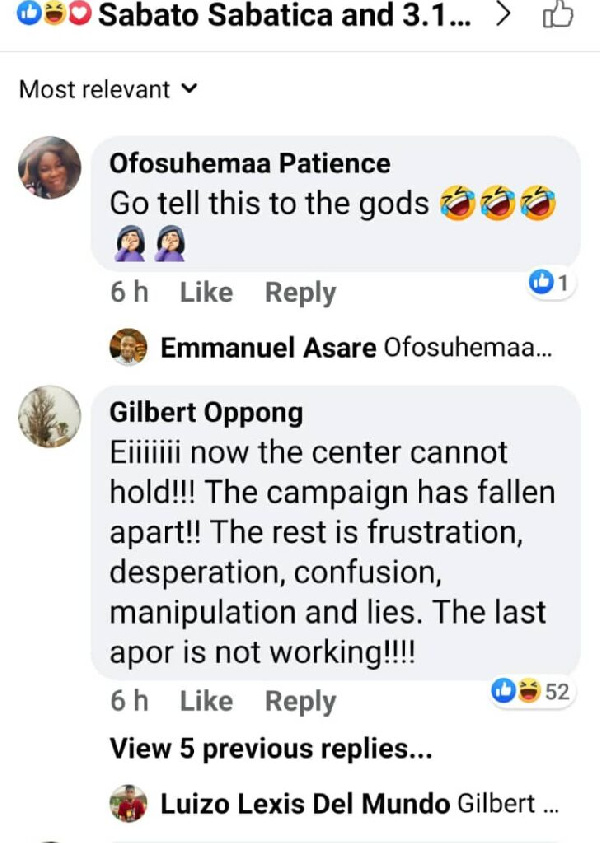 NDC wants changes in composition of panel for election petition