A clash between secondary school students in Ibadan led to vehicles being destroyed. There are also unconfirmed reports that one student died as a result of the clash.

The fight was between students of IMG Grammar School in Oke-Bola, Ibadan, and students of Oke-Bola Comprehensive High School. Both schools are located on the same street and a fight broke out on Wednesday between their students.

A lawyer, whose office is located near the school, told The Nation that the pupils have been clashing daily, as from 1:30 pm, for several years. But Wednesday’s fight took a bloody turn as the students made use of cutlasses, knives and axes.

The clash reportedly resulted in the death of a student of IMG. The deceased is believed to be an SS3 student. 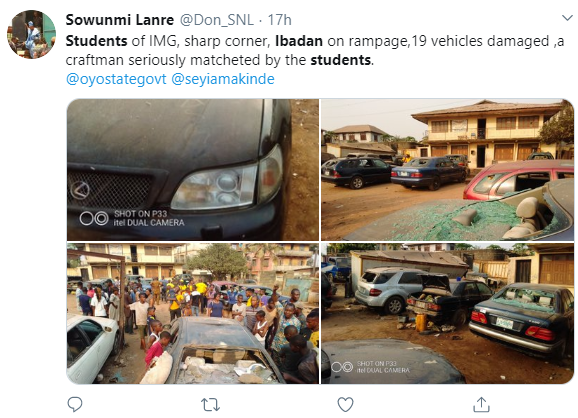 The lawyer said the pupils started Wednesday’s clash at about the same time they are known to but decided to attack some people whose workshops and offices are near the schools, vandalizing their vehicles. He said they specifically attacked an auto-technician workshop near their school. By the time the attack was over, over 10 vehicles had been vandalized. 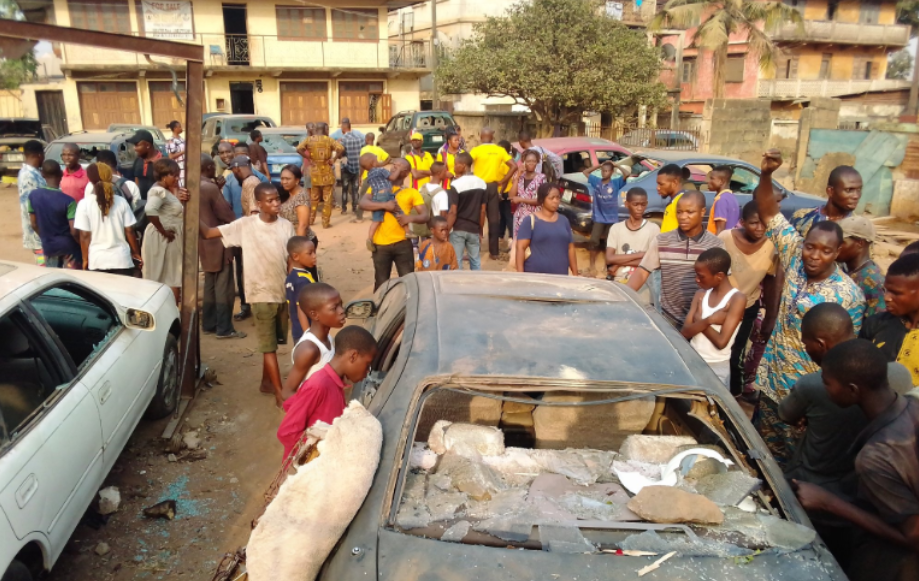 The eye witness said he expected a reprisal attack from pupils of IMG today (Thursday) having suffered a loss on Wednesday. 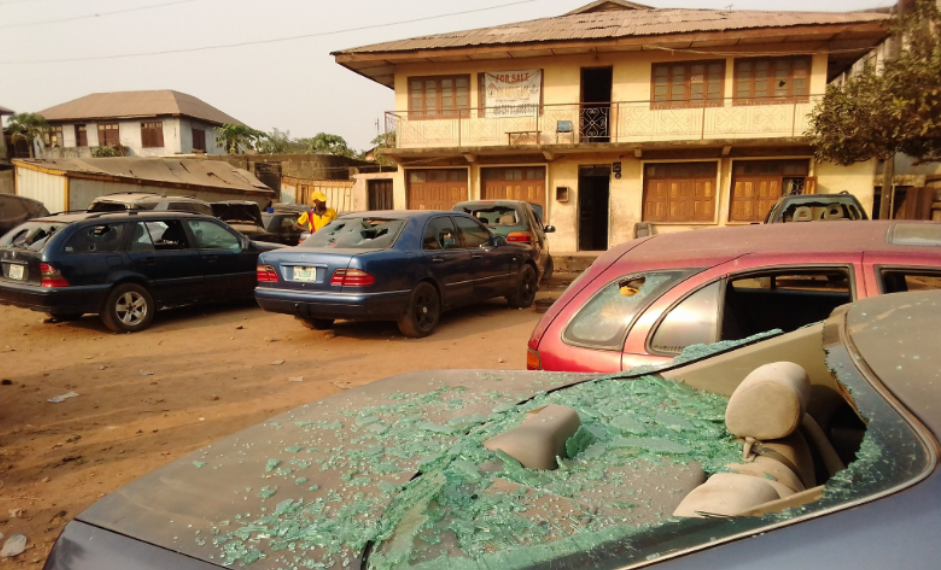 The Oyo State Police Public Relations Officer, SP Gbenga Fadeyi while confirming the incident said, “The clash was between two schools in Oke Ado and the police’s swift response led to the arrest of 10 students.”

He also added that the Commissioner of Police, Mr Shina Olukolu had ordered that the Area Commander in Iyaganku should ensure that the matter did not escalate.

Man Arrested With Guns Concealed In Bag Of Garri

CRAZY! Women are feeding their children with hand sanitizers

Checkout the list of Coronavirus free countries in Africa