The cop stationed at Prampram was detained for misconduct by the Tema Regional Police Command after hurling insults at the President and his Vice during an online show hosted by the embattled Media personality, Captain Smart, according to Police wireless message sighted by Kasapafmonline.com.

“Our leaders are very stupid and stubborn. They don’t reason at all. Ghana is sick. Number 1 is sick and number two too is sick,” Dzemeki wrote in the comment section on Facebook during the Smart Show. 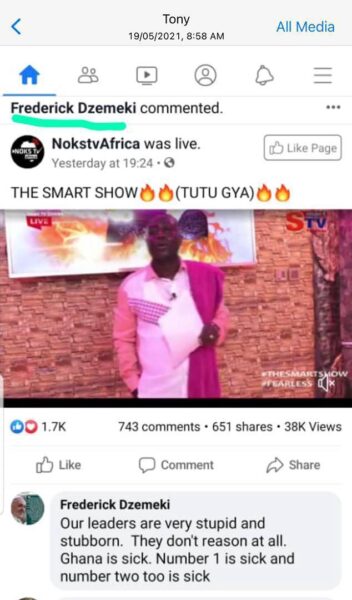 Dzemeki since his abusive publication has been hauled to face disciplinary action by the Ghana Police Service. 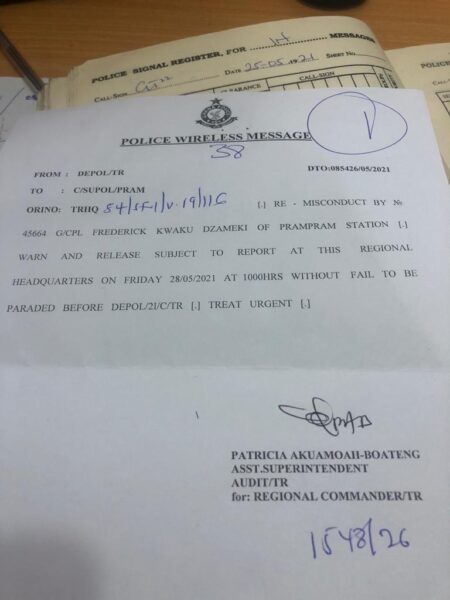