Lynx Entertainment signed act, Kuami Eugene, has been told to practice what he preaches after he made a video on social media and asked his colleague musicians to show love to each other.

According to him, there is no love in Ghana’s music sphere because artistes fail to share and recognise each other when they release projects.

The 2020 Vodafone Ghana Music Awards Artiste of the Year explained that even those who share the post of their colleagues they only put them on their Stories Timeline – where it would expire in just 24 hours with less engagement.

We are peaceful. No one wants to hurt anyone but there is no love… because the same person in the industry will do the song with you but they hate to post the cover. They don’t want to share your song to their followers to know the update.

But even with those who would post they will just put it on their stories so it can expire in 24 hours, he said.

Reacting to this, Emmanuel Barnes, popularly known as Mr Logic, asked the ‘Open Gate’ singer to practice what he is preaching to set a good example.

Similarly, another panellist on the show, Ernest Adu Kumi, urged musicians who were infuriated at Kuami Eugene’s assertion to rather focus on his message and not the messenger.

Check out reactions below: 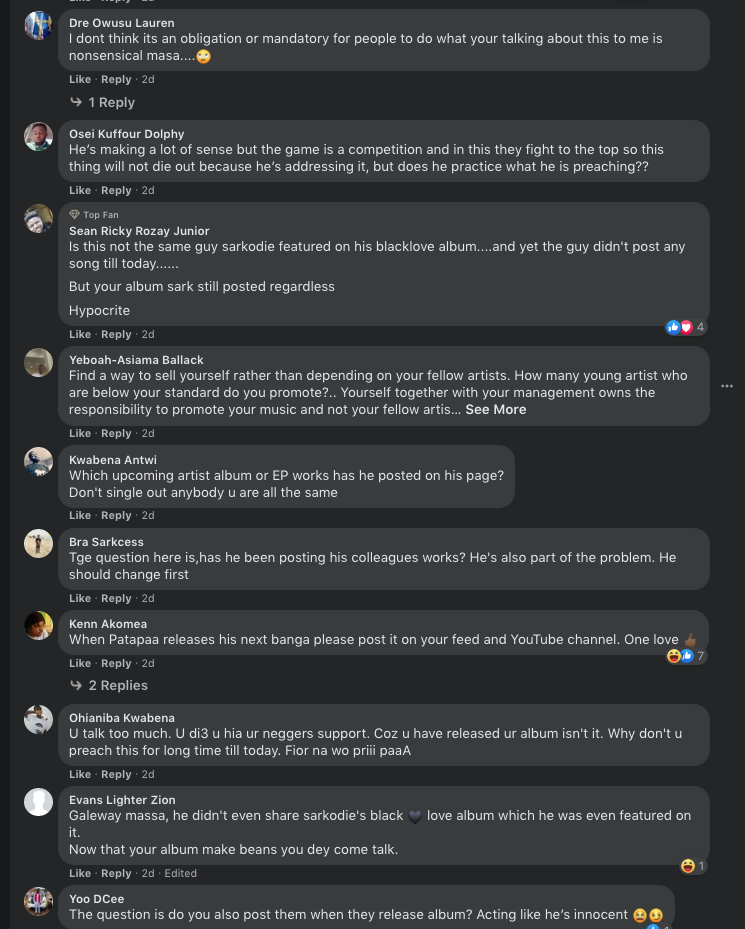 Kalybos laughs at posters of Mahama and Dumelo

Bulldog opens up on rumours that Shatta Wale has sacked him