A statement issued by the Human Rights group said the alleged assault had been denied, but they believe a proper probe would solve the matter.

“As far as one is quick to dismiss such accounts as a figment of the students’ imagination and over exaggeration, HRRG is therefore calling for a proper investigation into these allegations, rightly so because of the military’s earlier reported involvement in similar human right abuses in Wa and in Ejura.”

It added: “We cannot deny the crucial role the police and other legally mandated institutions play in protecting properties and maintaining peace and order in our country. As a matter of law by virtue of section 35 of Act 29 the police as a peace officer is mandated to use necessary force to maintain order, however, if the accounts given by the students prove to be true then the security personnel involved overstepped their boundaries and certainly may have committed assault and battery by virtue of section 84 to 87 of Act 29.”

Read the full statement below: 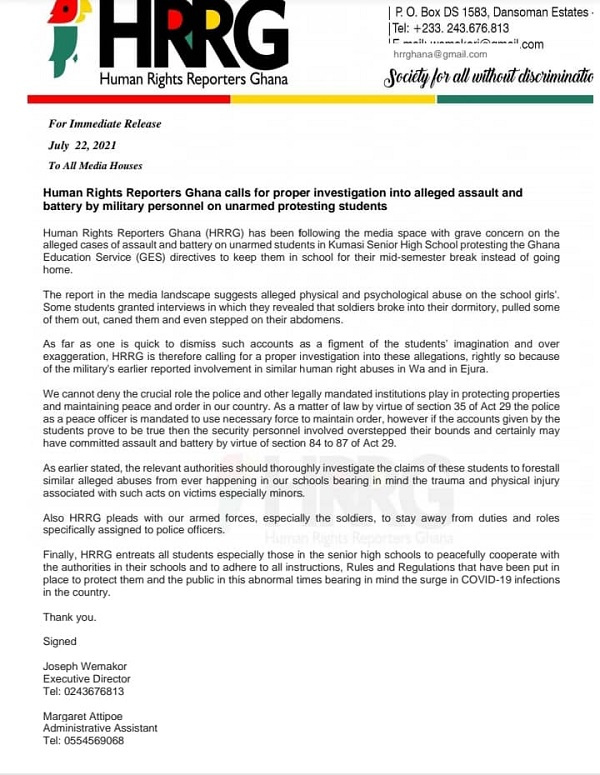