News went rife of the accident with many of the numerous fans of REDfyah, who is known for his mantra ‘Ababgrrrrr’, asking of his condition.

The management of REDfyah quickly issued a statement that informed his family and teaming fans that by the grace of the Almighty Allah (God) he escaped from the accident on Monday [June 1, 2020] afternoon at Techiman, capital of the Bono East Region where he is based. 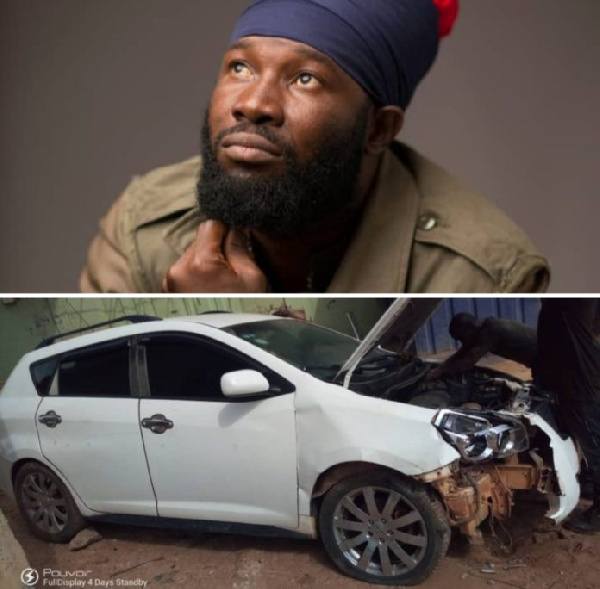 The statement said, “the accident happened few meters from the premises of the mechanic shop where he had gone to repair his car” and that: “The accident happened as a result of brake failure forcing him to hit the passenger side of his car to the wall of a building.”

The statement further stated, “the building was not damaged, however, the passenger side of REDfyah’s car was slightly damaged.”

The statement concluded by saying REDfyah, who is a popular Reggae artiste, “wishes to thank his family members, fans and loved ones who have called and sent messages to sympathise with him.”

Sista Afia and Freda Rhymz get into their beef mood again.

“You will soon be vindicated” – Nam1 declares support for Hushpuppi