A second wife of the late Member of Parliament (MP) for Mfantseman, Ekow Kwansah Hayford, has expressed concern about how the family has neglected her after the death of her husband.

Sarah Hayford, who says she was married to the late MP and has two children with him, was at Mankessim Thursday for the one-week observance after the killing of the MP last Friday.

Sarah said she was not happy that the family had failed to acknowledge her as a wife though they knew she was married to Mr Hayford and they were living at Tarkwa in the Western Region.

She said the mother of Mr Hayford had always known about her and her two children, aged seven and five. 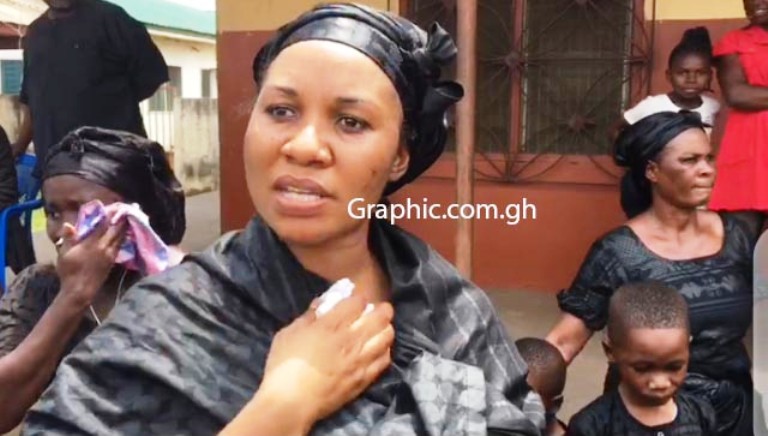 She added that all she was looking for was an acknowledgement and nothing more.

Sarah in an earlier statement explained she met the late Mr Hayford in 2009, and he told her he had no wife at the time as he was divorced, hence his courage to meet her family to ask for her hand in marriage.

She said they got married on June 8, 2013 at a public event that saw them signing their marriage documents at the court and have since been living with the late MP at Tarkwa.

Manasseh Azure Explains Why He Won’t Take The Covid Vaccine

‘I will disown my child if he is gay’ – Allotey Jacobs

COVID-19 vaccines not Mark of the Beast; I’ll take it’ – Agyinasare

You’re Togolese not Ghanaian and age-cheated; your retirement due – Audit Service Board to Domelevo