A 43-year-old security guard has been beheaded by a yet-to-be-identified person suspected to be ritualists in the Oka-Akoko community, the headquarters of Akoko South West Local Government Area of Ondo State.

It was learnt that the victim identified as Rotimi Olukoju, who worked with a microfinance bank in the town, was found dead on Thursday evening, October 29, by some residents in a bush path.

Residents said that Olokoju was killed on his way to the farm in the Iwaro area of Oka Akoko while vital organs of his body were also removed and taken away. 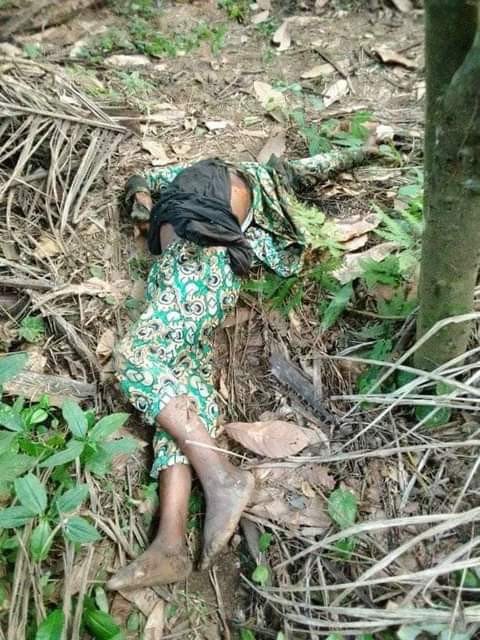 A family member of the late Olukoju, who confirmed the incident on Friday, said his corpse had been taken to the mortuary by the police.

READ  #BBNaija: Nengi Tells Ozo That They Can’t Be Doing What People In Relationships Do Because They Are Not In A Relationship (Videos)
Latest News In Ghana. Click Here To Read Our Latest News Stories

He disclosed that the deceased started working at the microfinance bank a few years ago to complement his farming.

“Now, they have taken his life despite all the suffering. We are pained by his death and most especially the cutting of his head. My brother died a painful death but we have resulted in spiritual means to unravel the real people behind this and I pray God will expose those who did this to us,” he said.

Confirming the incident, spokesperson of the Ondo State Police Command, Tee-Leo Ikoro, said they have begun investigation into the crime, adding that the police would soon be meeting with traditional chiefs and stakeholders in the community to tackle the activities of the ritualists. 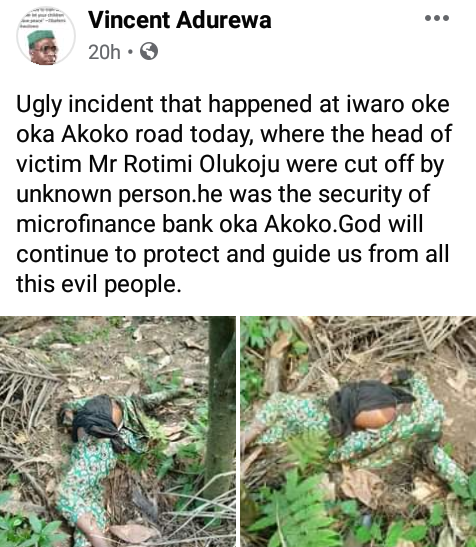