The suspect linked to the killing of a 32-year-old mobile money operator at Ejisu/Onwe in the Ashanti Region has been remanded into prison custody by a district court in Kumasi.

The deceased, Samson Owusu Adjei, was attacked on Thursday, August 27, by an armed gang who robbed him of his daily sales and shot him in the process.

He was referred from the Onwe Government Hospital to the Komfo Anokye Teaching Hospital where he was pronounced dead.

The suspect, Martin Adjei, 40, who is also an ex-convict was arrested at Kodie following police intelligence hours after the incident, officials said at a press briefing last week. 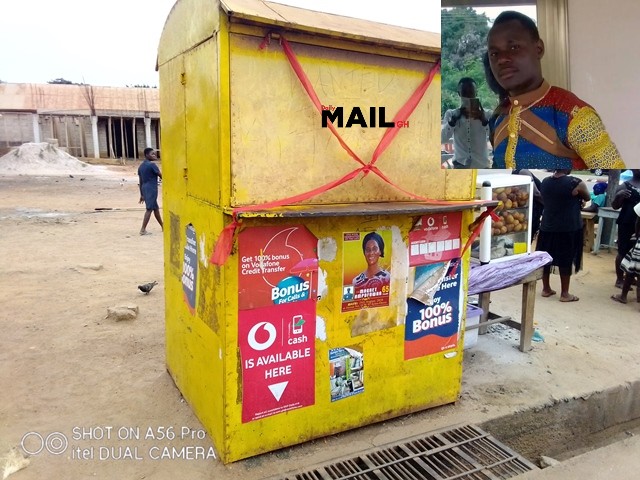 Insert: Samson Owusu Adjei
He was arraigned before the court on Monday, September 7, 2020, and is facing charges of conspiracy to committing robbery, robbery, possession of firearms, and ammunition without authority, and murder.

His plea was, however, not taken by the court which subsequently remanded him into prison custody. He will reappear before the court on September 22, 2020, according to court records.

DailyMailGh has also gathered that the items retrieved from the suspect have been sent to Accra for forensic examination.

These include an AK 47 rifle with two magazines loaded with 26 live ammunition and a locally made pistol.

A postmortem examination on the body of the deceased had also been done at the time of filing this report. The Ashanti Regional Police Command had said efforts are underway to arrest other named accomplices in connection with the crime.

Check Out The New GHS directives on Covid-19 testing

Why Rawlings’ ‘first daughter’ never got close to him [Audio]