Minority Leader, Haruna Iddrisu has questioned the rationale behind the nomination of Freda Prempeh as a Minister of State at the Ministry of Works and Housing.

This is because the President has already appointed Francis Asenso-Boakye as the substantive Minister.

Mr. Iddrisu feels the appointment is a duplication of roles and is worried about “bureaucratic conflicts.”

“We will object strongly to bureaucratic conflicts within the ministry,” the Minority Leader said.

Freda Prempeh was vetted a day after Asenso-Boakye was vetted for the similar portfolio.

“Now you have another Minister [Asenso-Boakye] at the same Ministry with Freda Prempeh as Works and Housing-Minster of State, to do what?”

“Between Honourable Asenso-Boakye and Freda, who is the Minister for Works and Housing? For my purposes, I will go with Asenso.”

“But for the Ghanaian public, there is conflict and therefore, we want our report to capture it, that we should not encourage Ministers of State to co-exist in harmony with ministers appointed for the purposes of those portfolios,” Mr. Iddrisu said during Freda Prempeh’s vetting.

The Minority Leader further noted that Freda Prempeh was considered a senior to Francis Asenso-Boakye.

On her specific role, Freda Prempeh said she is “to assist the Ministry of Works and Housing in the area of housing delivery.”

Per the reliefs given to her, she said she is “to give the special focus to the critical issue of affordable and mass housing envision as one of the priorities of the President’s second term.” 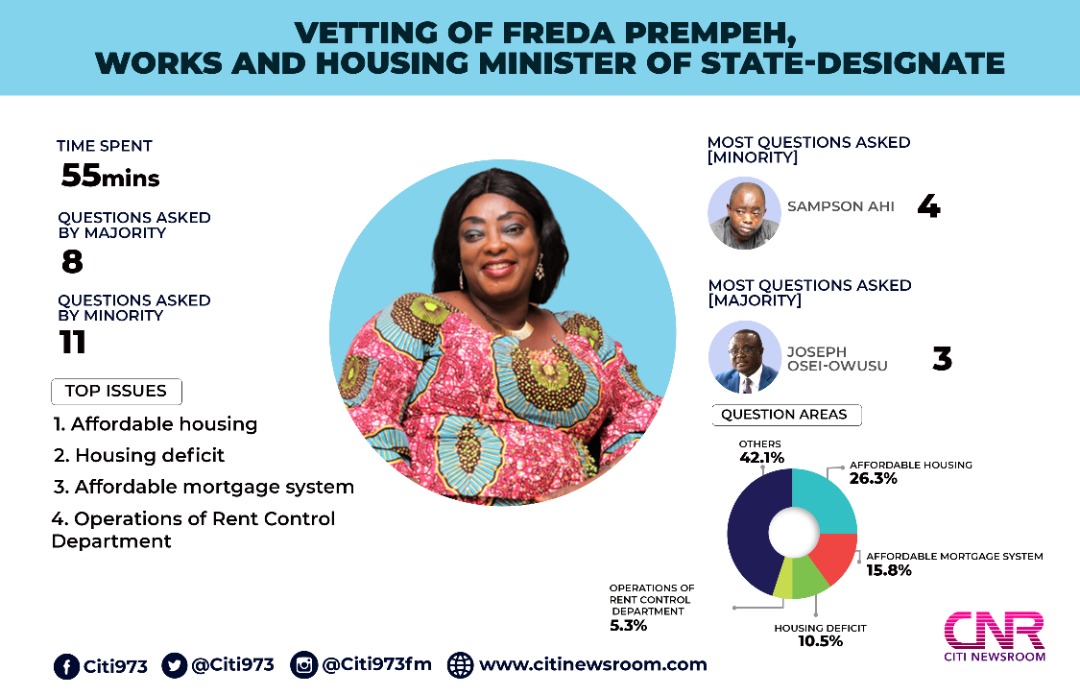 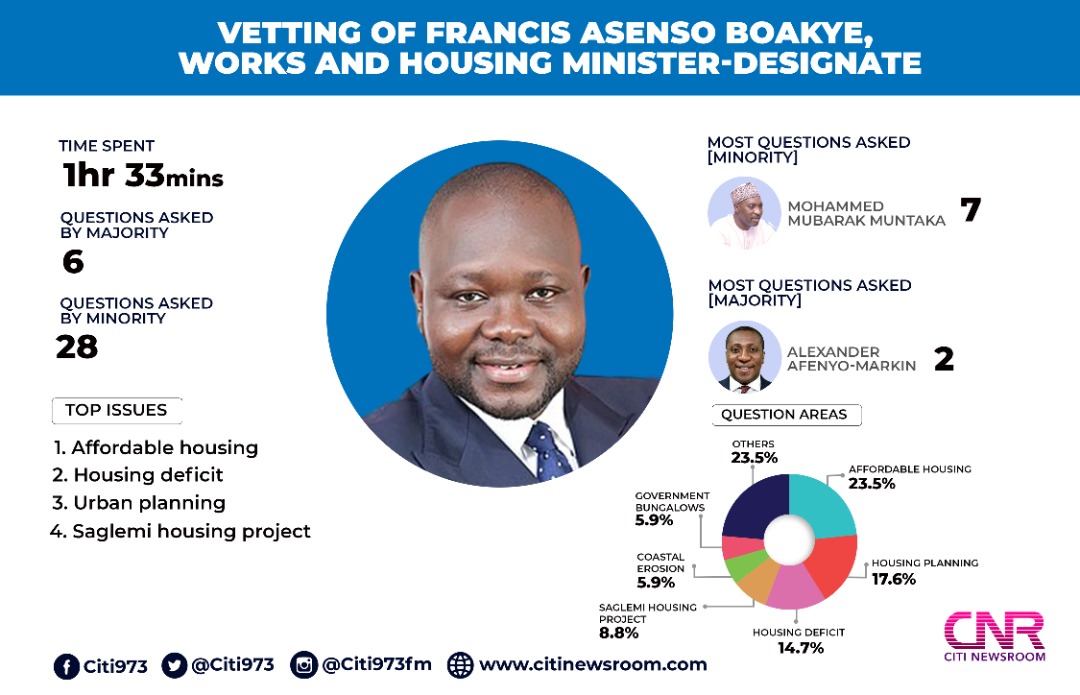 An assessment of the vetting showed that there was an overlap in the key issues the two nominees tackled.

They were both asked to provide their thoughts on affordable housing and the housing deficit.

Fred Prempeh was however also questioned on rent control and mortgages whilst Francis Asenso-Boakye spoke on urban planning, the Saglemi housing project, coastal erosion among other topics.

Andre Ayew set to return from injury next month